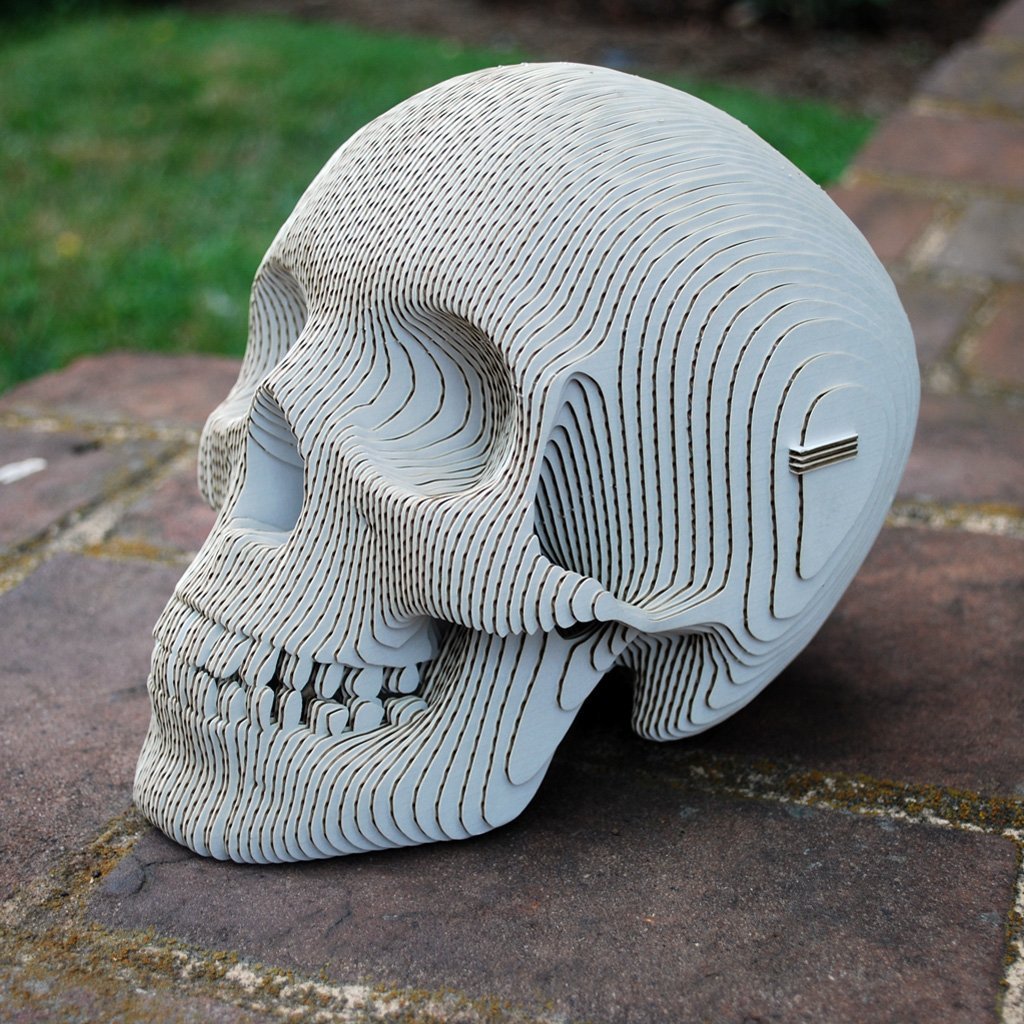 Described as "perfect for those spooky and intellectual alike," this cardboard skull is laser-cut and flat-packed, and "can be decorated with paint, glitter, wrapping paper or other craft materials." The $40 small model is teenier than you might expect—about the size of a baseball—but comes in fabulous colors, whereas the $100 large model is more appropriate for paeans and rites to the god of cellulose and metaphor.