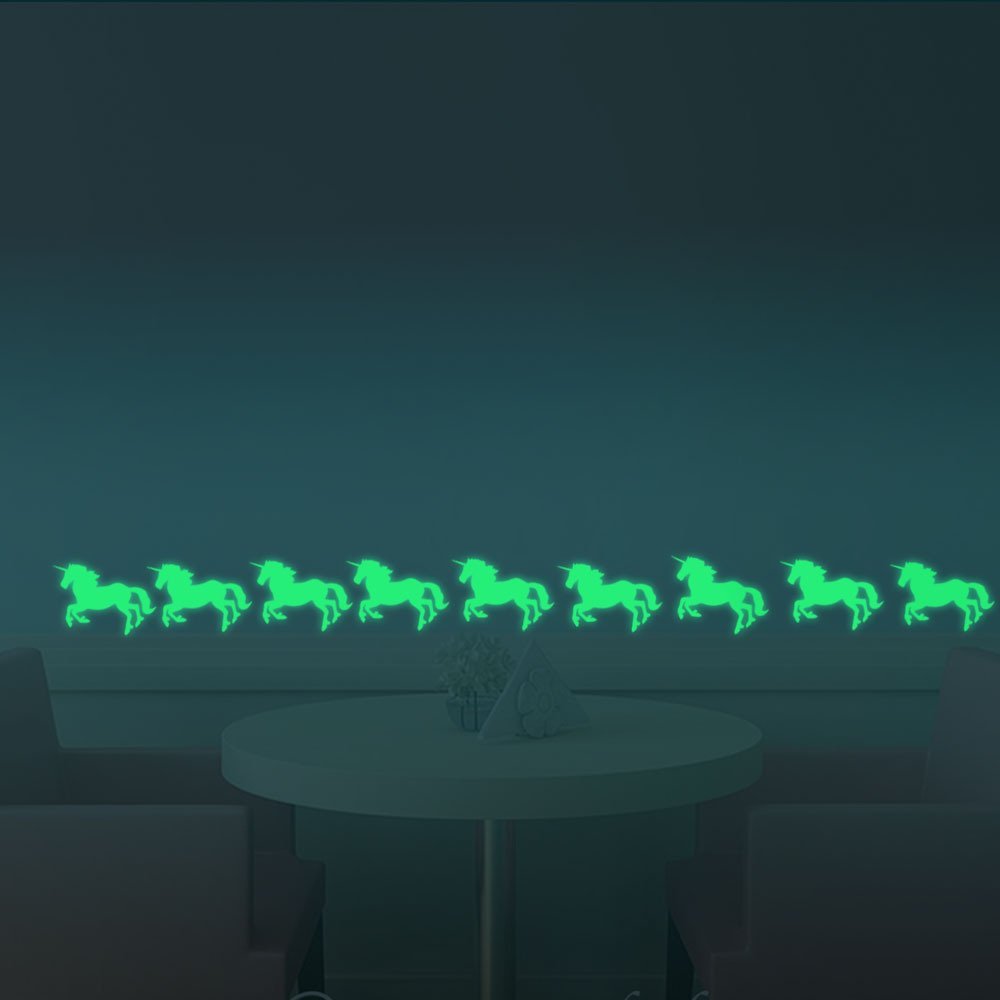 According to the product description at Amazon, these fluorescent unicorn stickers will apply to any flat surface, can be removed and replaced, and "need to absorb light in daytime" if they are to glow in darkness. So be warned: just as fans left on at night slowly remove all the oxygen from the air, throttling the life from young and old alike, too many unicorns may result in Dyatlov-like irradiated corpses strewn around the bedroom.