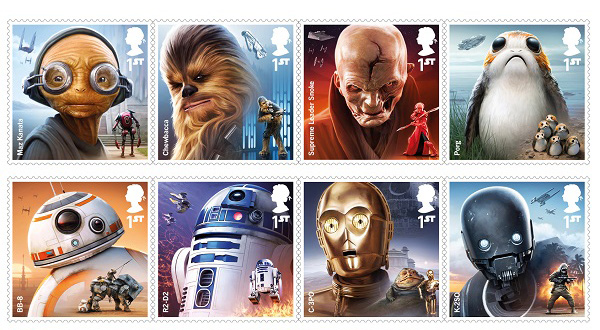 The UK's Royal Mail is issuing a new series of Star Wars postage stamps to celebrate the December release of Star Wars: The Last Jedi. "Beautifully illustrated by UK digital artist, Malcolm Tween, some of the stamps feature secret details, revealed only by UV light," according to the Royal Mail.