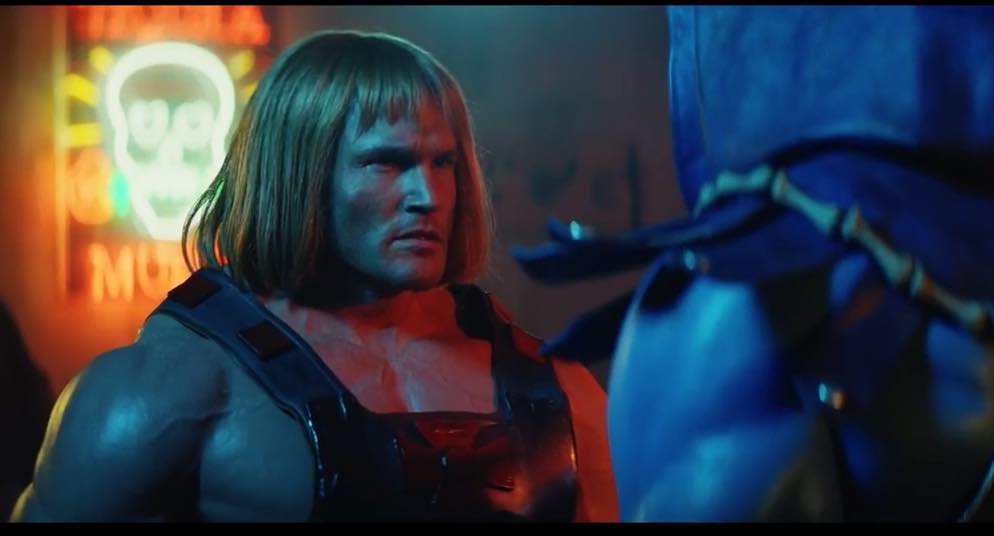 Let's trawl the old inspirations, the long-ago internet moments whose memetic descendants are million-dollar TV ad campaigns for loan aggregators. When it comes to Skeletor, there are many to pick from. But one always comes back to CKY ft. Gnarkill's Skeletor vs Beastman, a NSFW wonder that was once part of the Internet's collective subconscious.

I'd chance that for many readers it will be unfamiliar. It's something long-displaced by cleaner and more consumer-friendly regurgitations of 80s trash culture. And perhaps quite repulsive. Is it queer, or homophobic? I always assumed the former, in which context the new ad seems a heteronomalized echo of something subversive. But now, after another 15 years of internet, I'm not sure. Perhaps the commercial is a better subversion.

You gotta give it to these French-speaking folks for trying to pronounce these difficult-for-them English words. And you gotta give it Frenchly, the makers of the video, for making the words more challenging as it goes along. Psychophysicotherapeutics, anyone? [via; Previously]