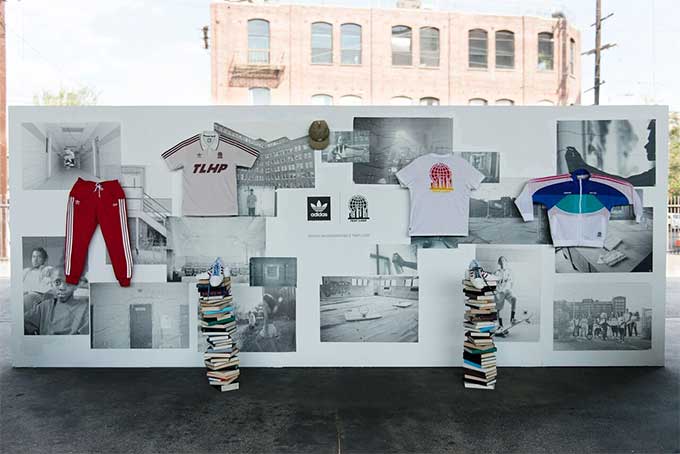 Harlem Rapper A$AP Ferg has collaborated with Adidas to design the Adidas Skateboarding x Trap Lord Collection, which was released on September 1st. At the release party for the new collection, skaters were invited to participate in the Adidas Skateboarding “Skate Copa Court” competition to win cash prizes and giveaways. Adults and kids skated together and put on an awesome show for the people watching. Following the skate competition, A$AP Ferg performed, which was the highlight of the night. He even got off stage and moshed with the audience for a bit, which made everyone go wild. It was so cool to see a musician having fun with his fans like this during a performance. Both Adidas and A$AP Ferg made the release party a super fun experience.

The Adidas skateboarding x Trap Lord collection serves as a bridge between hip-hop and skate culture. The collection features classic adidas pieces with designs by A$AP Ferg. It consists of a pair of customized Matchcourts, a windbreaker jacket, a pair of fleece pants, a jersey, a t-shirt, and a cap. A$AP Ferg’s music video for Nandos was also released along with the collection, and features the new Adidas pieces in it.

I spoke with A$AP Ferg at the event about his collaboration with Adidas. He told me that one source of inspiration for the collection was the film Children Underground, which is about “mole kids” who live in underground tunnels and wear mismatched, vintage-looking clothing.

When asked how he thinks streetwear has changed over time, he said streetwear has become more accepted and popular, even within high end fashion. He and his friends are part of this progression in the fashion world because they “mixed the high end with the streetwear.” Because streetwear is becoming more fashionable, high fashion designers “gotta come visit us now, they gotta come to the streets...the upscale is coming down a notch...they gotta fuck wih the streets to live.”

In addition to being able to call up people like Drake and get free clothes, Ferg says Adidas is “a really good family to work with. I’ve been working with them for years. They listen to a lot of my ideas, they never say no, they always try to figure it out, and I love them”. In 5 years he would like to be doing more philanthropy, still touring, and enjoying life to the max... with a house in Jamaica.