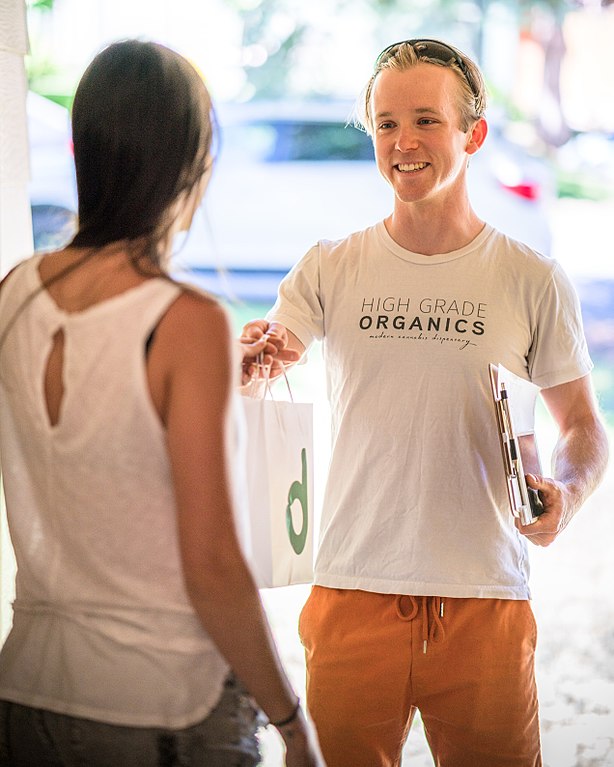 In California, recreational marijuana is now legal, but a new law just made it illegal to deliver it, unless there is a human involved. In other words, weed cannot be transported with "unmanned vehicles," including drones, self-driving cars, or any kind of autonomous robot.

According to The Daily Dot:

The California Bureau of Cannabis Control has released the Commercial Cannabis Business Licensing Program Regulations, outlining various emergency regulations on selling marijuana in the state. That means businesses have to abide by the state’s rules if they want to hold a commercial cannabis business license. And one such rule is an outright ban on autonomous marijuana deliveries, forcing companies to use manned vehicles to reach customers.

“Cannabis goods will be required to be transported inside commercial vehicles or trailers,” the bureau states. “Transportation may not be done by aircraft, watercraft, rail, drones, human powered vehicles, or unmanned vehicles.”

Other new regulations include:

•Drivers may not be stoned while delivering

•Marijuana may not be visible to the public en route

•Deliveries must be made in an enclosed vehicle (so no bikes or skateboards, people)

•Weed is "not to be left in an unattended motor vehicle unless the vehicle has an active alarm system."

Looking on the bright side, this is one job robots won't be taking over anytime soon.