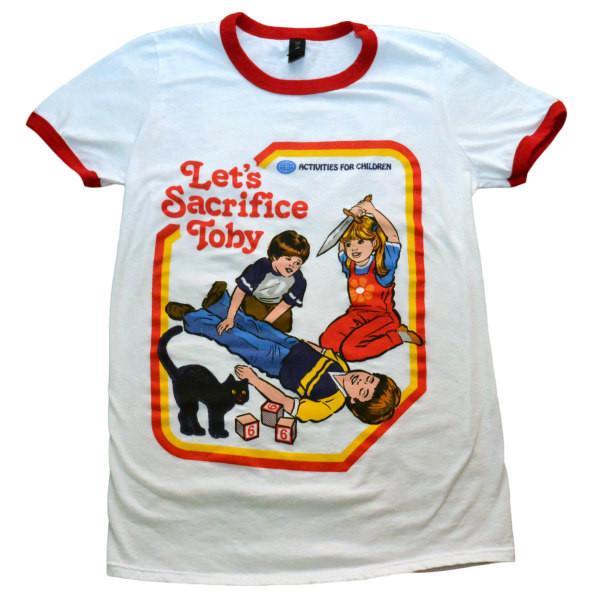 Our friends at Dangerous Minds write about on Steven Rhodes, a graphic designer from Brisbane, Australia. He is “the excellent individual responsible for the hysterical retro-style t-shirts in this post.”

Loosely based on the popular series of exploitive riffs on Little Golden Activity Books that have made the rounds on the Internet, Rhodes has taken things one step beyond with his shirt designs by making up alternate scenarios involving young tykes experiencing their first knife fight or ritualistic cult sacrifice. Excellent.