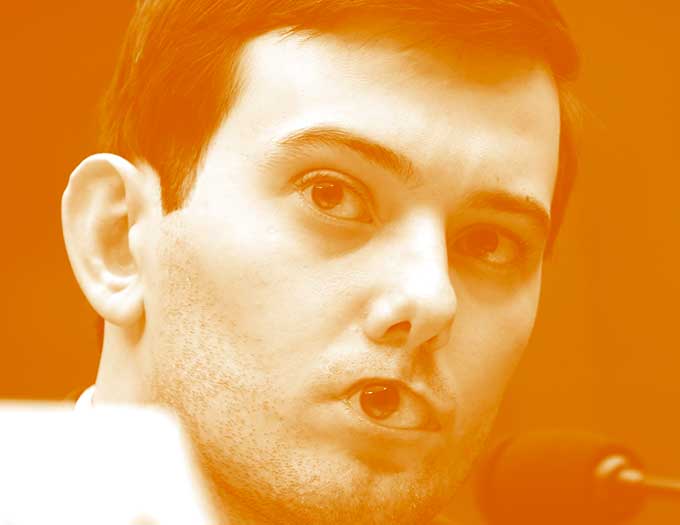 Martin "Pharmadouche" Shkreli has been ordered to go to jail while awaiting sentencing for securities fraud, because he offered a $5,000 bounty for a single strand of Hillary Clinton’s hair.

U.S. District Judge Kiyo Matsumoto in Brooklyn said the Sept. 4 post, which prompted a call from the U.S. Secret Service, showed Shkreli posed a danger to the public that warranted revoking his $5 million bail. U.S. prosecutors had moved to jail Shkreli last Thursday.