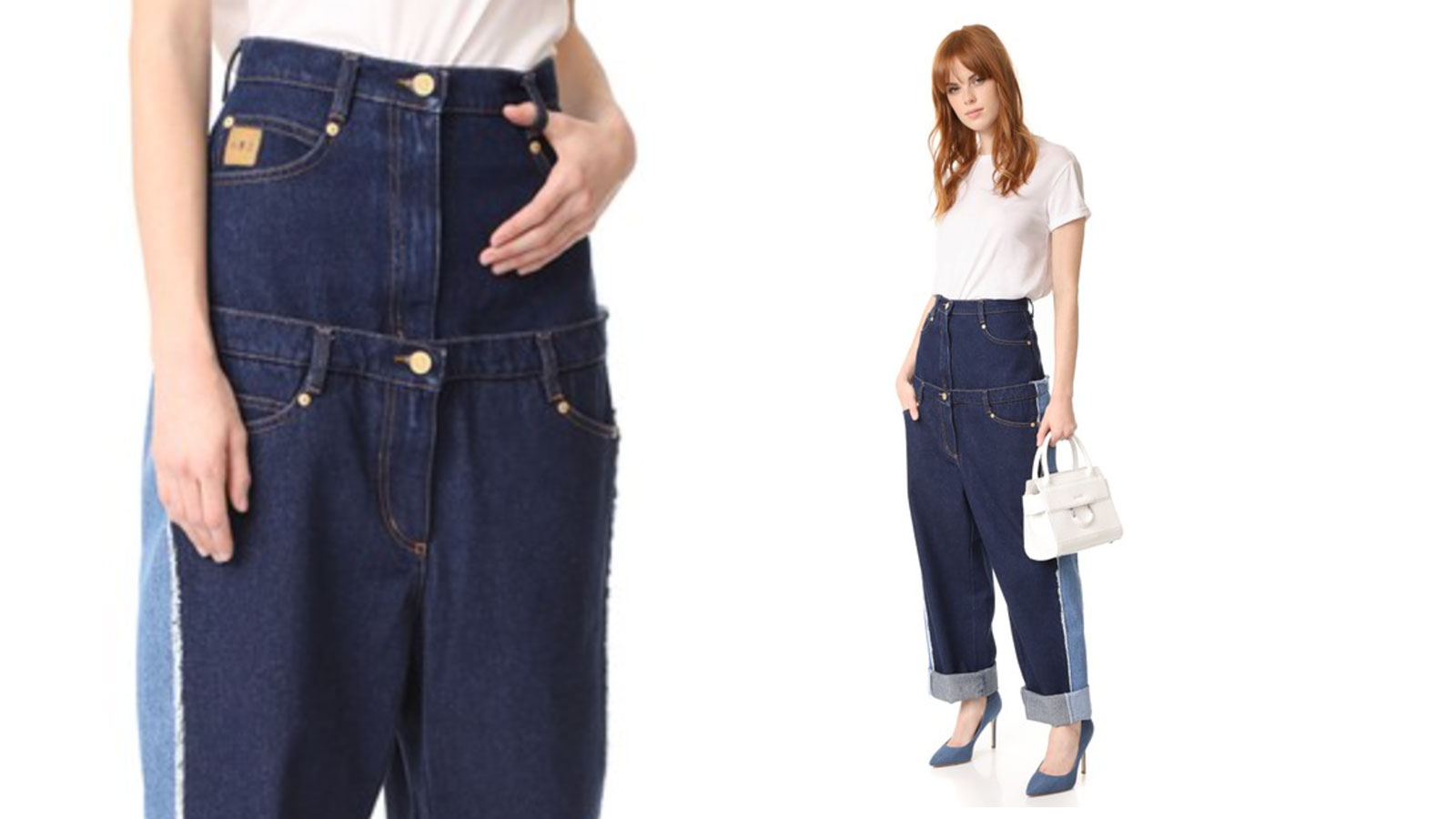 Yours for $695, though sold out at the moment, are the Natasha Zinko High Waist Double Jeans.

In an age of weird jeans, these are quite simply the weirdest jeans I have ever seen https://t.co/DSypOAr9Mm pic.twitter.com/v48EWBALAS