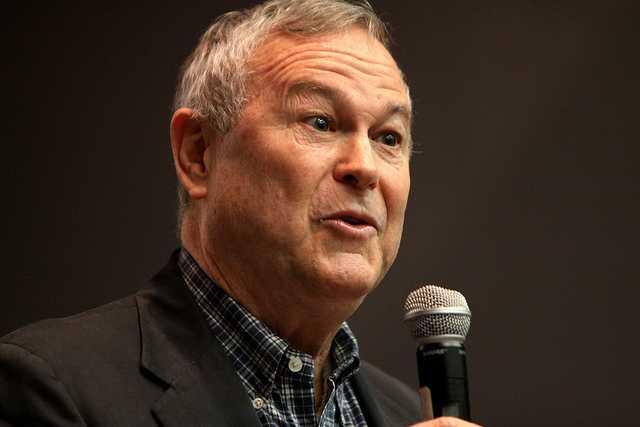 Rep. Dana Rohrabacher (R-Calif.) is blaming a Democratic supporter for convincing Civil War reenactors to protest the removal of a Robert E. Lee statue — leading to the violence in Charlottesville, Virginia.

Rohrabacher told the San Francisco Chronicle it was a liberal media lie to suggest the August protest was initiated by white nationalists. “It’s all baloney,” Rohrabacher said. “It was a setup for these dumb Civil War reenactors...It was left-wingers who were manipulating them in order to have this confrontation...put our president on the spot.”

A version of the conspiracy was originally touted by far-right radio host Alex Jones.