You should invest in a can of this artist's poop 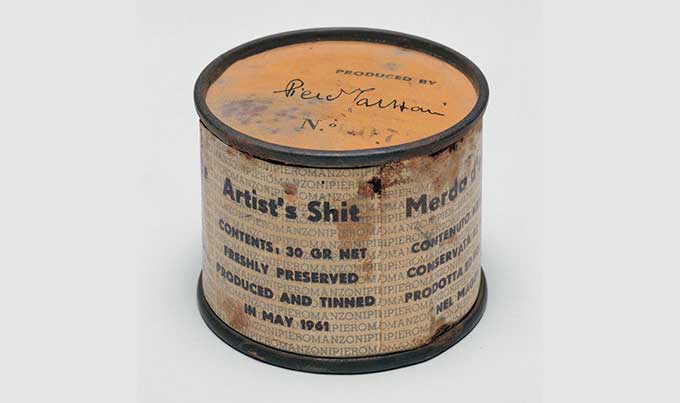 In 1961 artist Piero Manzoni preserved his excrement in 90 signed cans, each containing 30 grams of his solid waste. The “Merda d’Artista” are becoming more valuable over time.