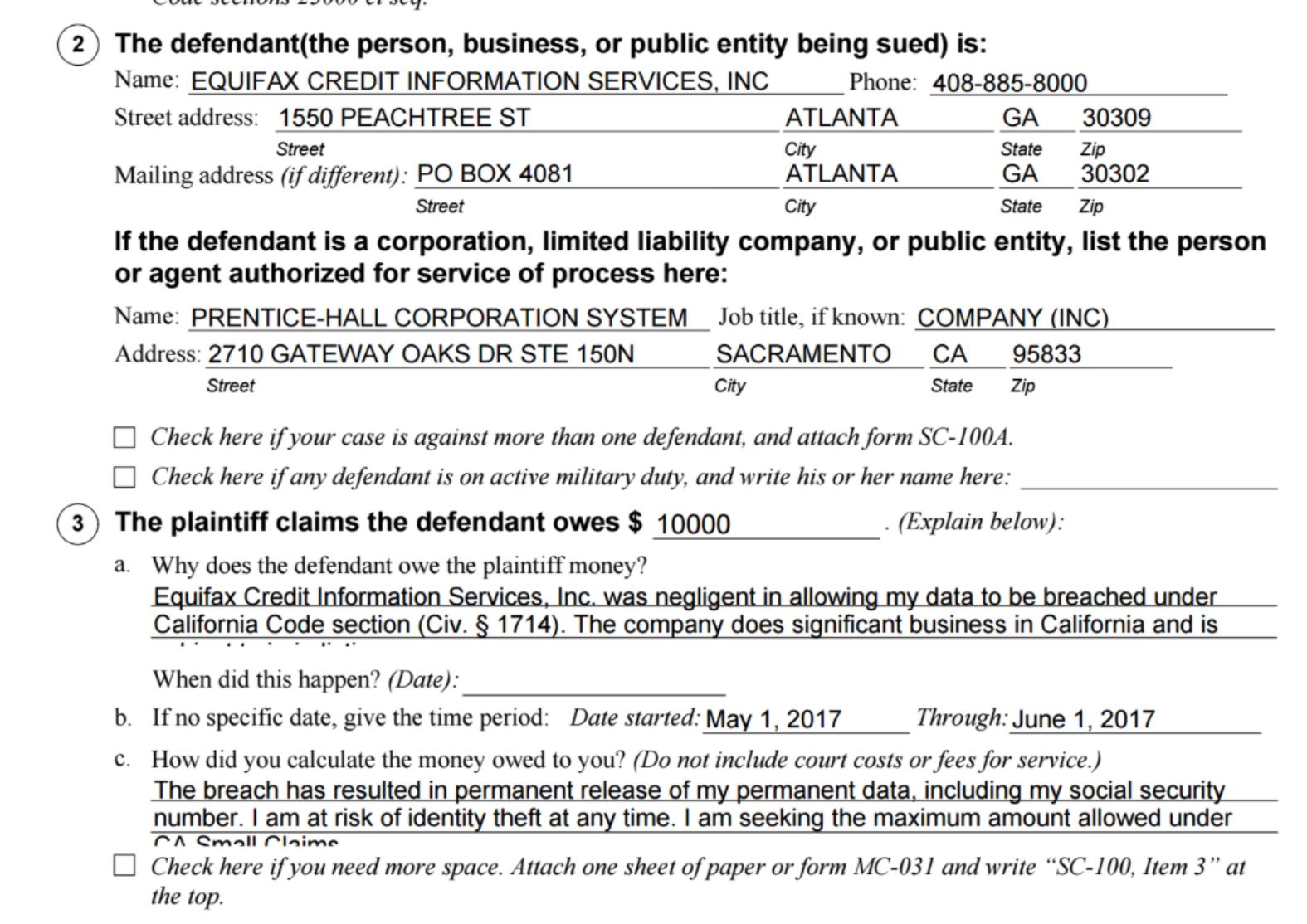 Legalist is a Peter Thiel-funded startup whose business-model is to buy legal grievances in exchange for a license to sue on behalf of its users, a practice called champerty that was most notoriously used by Thiel himself when he backed the lawsuits that brought down Gawker Media in an act of petty vengeance.

The major practitioners of champerty are sleazy scumbags, which has given the whole business a bad odor. Despite that, champerty does hold out the promise of righting the power imbalance between powerful companies the the people they destroy with impunity (see, for example, The Maginificent Seven Business Model -- or my novel Makers).

Legalist -- despite the howling moral vacuum at the center of its major investor -- is attempting to walk the right side of that line in the Equifax case. For a 30% share of your winnings, they will pay your small claims court filing-fees in a suit against the company, and handle the paperwork for you. Since many courts require that the company send an officer in person (rather than a lawyer) to represent them, Legalist is betting that Equifax will default in the face of mass-scale suits and that Legalist users will collect the maximum amount.

If you're willing to pay your own fees, you can keep the 30% Legalist takes from your judgment by using the Donotpay chatbot to prepare a complaint in all 50 states (you will still have to pay for service on your complaint).

Shang says it's possible that Equifax would try to move individual court cases out of small claims courts and into District Courts, but Legalist believes this will be a bad strategy: "If they move it, the value of each claim could be worth a lot more, and there's no precedent for having millions of court cases moved from small claims court to District Court," she said.

Legalist has set up a website in which users are asked to fill out their basic residency information and upload proof that their information was lost by Equifax (Legalist recommends holding an ID up to your screen and taking a photo of the Equifax website; I am not a lawyer—I can't recommend doing this and uploading your information comes down to whether you trust Legalist with your identification).

After submitting that information, Legalist responds with a prefilled small claims court complaint. When I tried it, the form didn't work (I got an error message), but Shang sent me the prefilled complaints for New York and California: "The breach has resulted in permanent release of my permanent data, including my social security number," the California complaint reads. "I am seeking the maximum amount allowed under CA Small Claims."