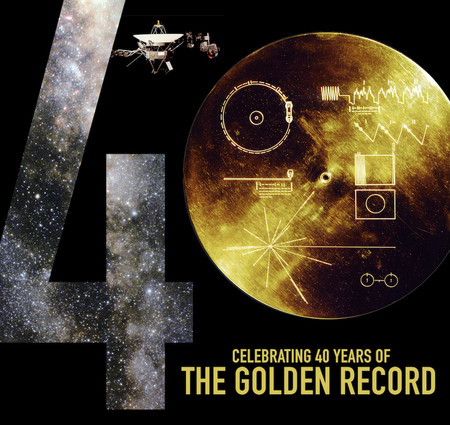 I'm honored to be included on a free panel discussion next Thursday, 9/28, at Caltech about the cultural influence of the Voyager Golden Record, the enchanting phonograph record launched into space on the twin Voyager spacecraft 40 years ago. (I co-produced the first vinyl release of the Golden Record with my friends Tim Daly and Lawrence Azerrad.) I'm incredibly excited to share the stage with the following inspiring individuals:

• Lynda Obst: Bestselling author, producer of Interstellar, Contact, Sleepless in Seattle, and many other films

KCRW radio's music director, Jason Bentley, will moderate the discussion. Doors are 6:45pm and while it's free, reservations are required. Contact the Caltech Ticket Office by calling (626) 395-4652 to grab tickets. More details here. I hope to see you there!


Special thanks to Dan Goods of NASA's Jet Propulsion Laboratory for organizing this event!


The Voyager Golden Record is now available as a vinyl box set and CD/book package from Ozma Records.