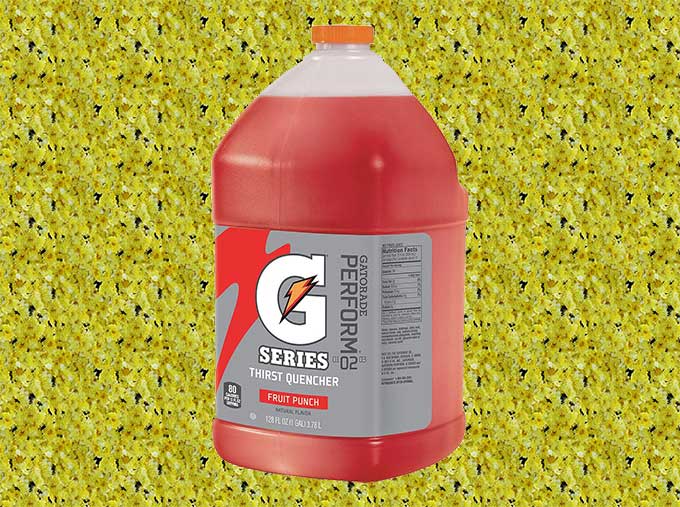 The State of California fined Gatorade for making a video game for kids that says, "keep your performance level high and avoid water." In the game, called Bolt!, players give Gatorade to Olympic runner Usain Bolt to increase his fuel level. If you give Bolt water, the fuel level goes down. Now they have to pay $300,000 as part of a settlement with the state.

Gatorade agreed to the settlement but has not admitted wrongdoing.

"The mobile game, Bolt!, was designed to highlight the unique role and benefits of sports drinks in supporting athletic performance. We recognize the role water plays in overall health and wellness, and offer our consumers great options," spokeswoman Katie Vidaillet said in an email.

In addition to agreeing not to disparage water, Gatorade agreed not to make Bolt! or any other games that give the impression that water will hinder athletic performance or that athletes only consumer Gatorade and do not drink water. Gatorade also agreed to use "reasonable efforts" to abide by parent company PepsiCo's policy on responsible advertising to children and to disclose its contracts with endorsers.

From a 2014 report published by University of California Berkeley's Center for Weight and Health:

The Academy of Pediatrics does not recommend sports drinks as a hydration source for children and adolescents and finds that water is the best source of hydration for ordinary children engaging in routine physical activity (Schneider, 2011). The only instance when sports drinks may be indicated is for child athletes that engage in prolonged, continuous vigorous activity for more than one hour in hot weather conditions (Schneider; Meadows‐Oliver; Unnithan). The Academy of Pediatrics advises against the use of sports drinks among children due to their contribution of excess carbohydrate calories in the diet that can increase risk of becoming overweight or obese (Schneider). The Institute of Medicine recommends against providing sports drinks in schools for regular consumption and even advises against providing sports drinks to student athletes unless they are participating in prolonged, vigorous sports activities (IOM Report on Standards for School Foods, 2007).