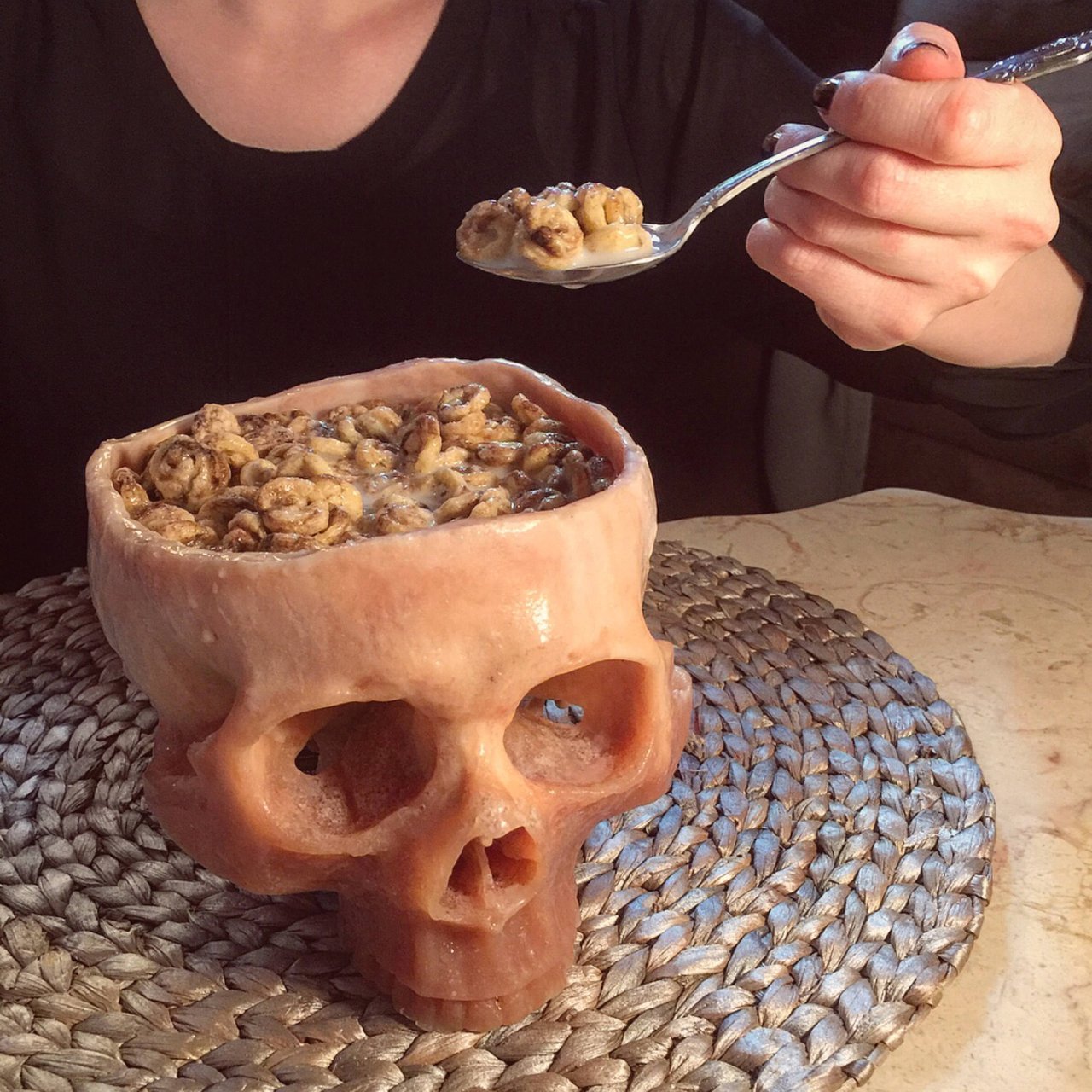 Catacomb Culture's Human Skull Bowl is great as Halloween decor, but it's perfect for eating cereal like a savage cannibal all year-round.

Each bowl is $100 and made to order by artist Jeremy Ciliberto. Added bonus: spells or blessings can be cast on your skull bowl by a certified & experienced shaman minister.