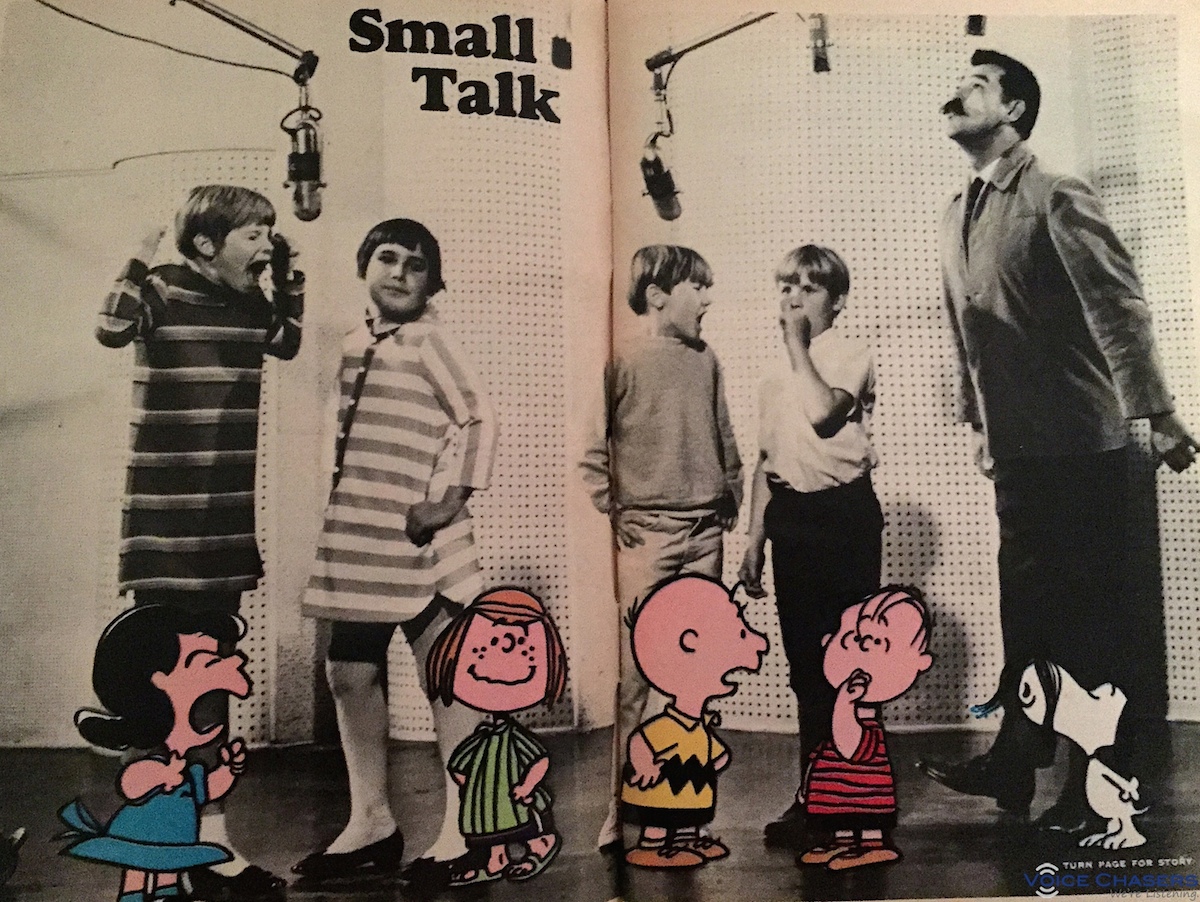 This is a photo of the voice actors behind some of the animated characters in the Peanuts gang. Notice that all the kid roles are actually voiced by children.

The original image had appeared in the February 10-16, 1968 issue of TV Guide to promote the upcoming Peanuts television special, He's Your Dog, Charlie Brown. While some of the voice actors in that photo originated their characters in the first Peanuts special, A Charlie Brown Christmas, it wasn't the case for all of them.

We were able to get our hands on an original copy of that very issue, featuring the Smothers Brothers on the cover, and were pleased to find it not only included the full staged picture of the cast in the recording studio (with animator Bill Melendez, the voice of Snoopy), but it was also accompanied by a full, two-page spread with a small bio of each of the voice actors in the photo. Coverage on voice actors, especially those that were not celebrities, was extremely rare back in those days.

Unfortunately the voice of Charlie Brown, former child actor Peter Robbins, landed in prison in 2015 after a run-in with the law.

Also, and I'm sure you all know this, the voice of the grownups in Charlie Brown's world was actually the sound of a trombone. Wah, wah.