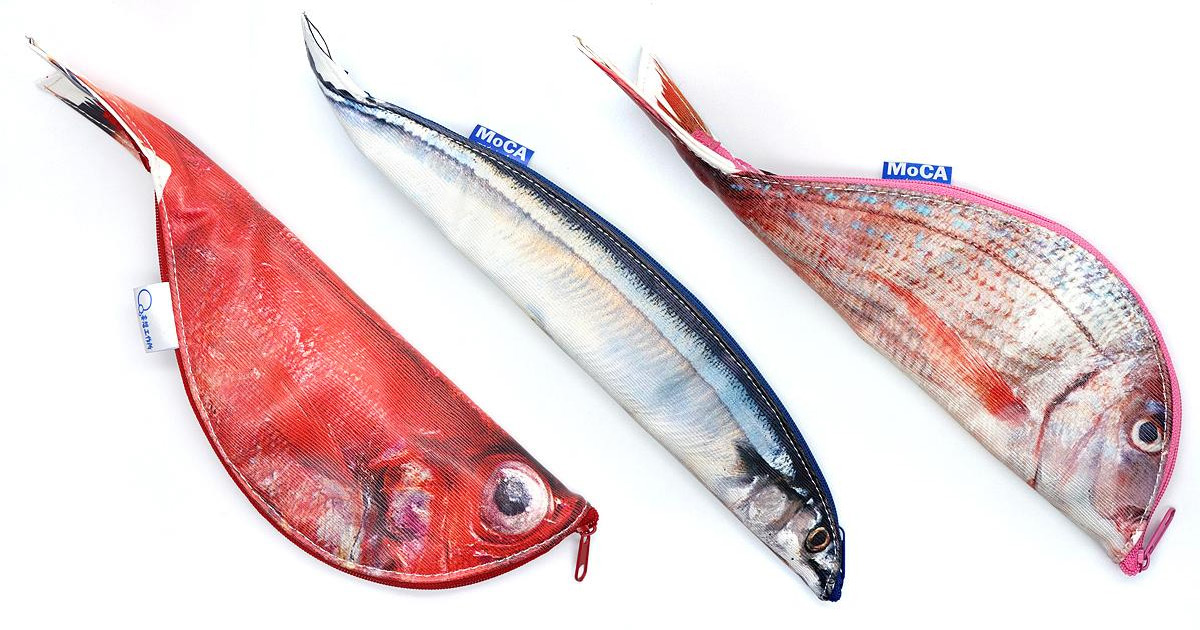 Keiko Otsuhata created a set of three "anatomical fish zip-bags" for Colossal, in kinme, saury, and sea bream. They're $18 each.