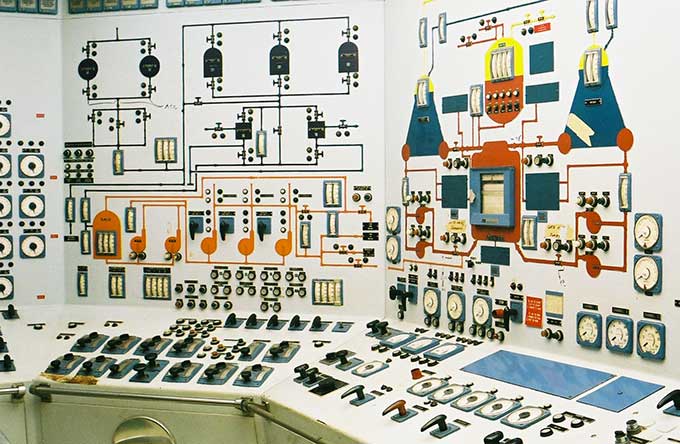 These power plant control rooms are so cool looking that they don't even seem real. This site, called Present /&/ Correct, has a nice gallery of them. Above image is from the nuclear ship Savannah.

I was hoping for a little firefighter homunculus. [via]