The N.R.A. Provides the Solution to North Korea's Nuclear Weapons 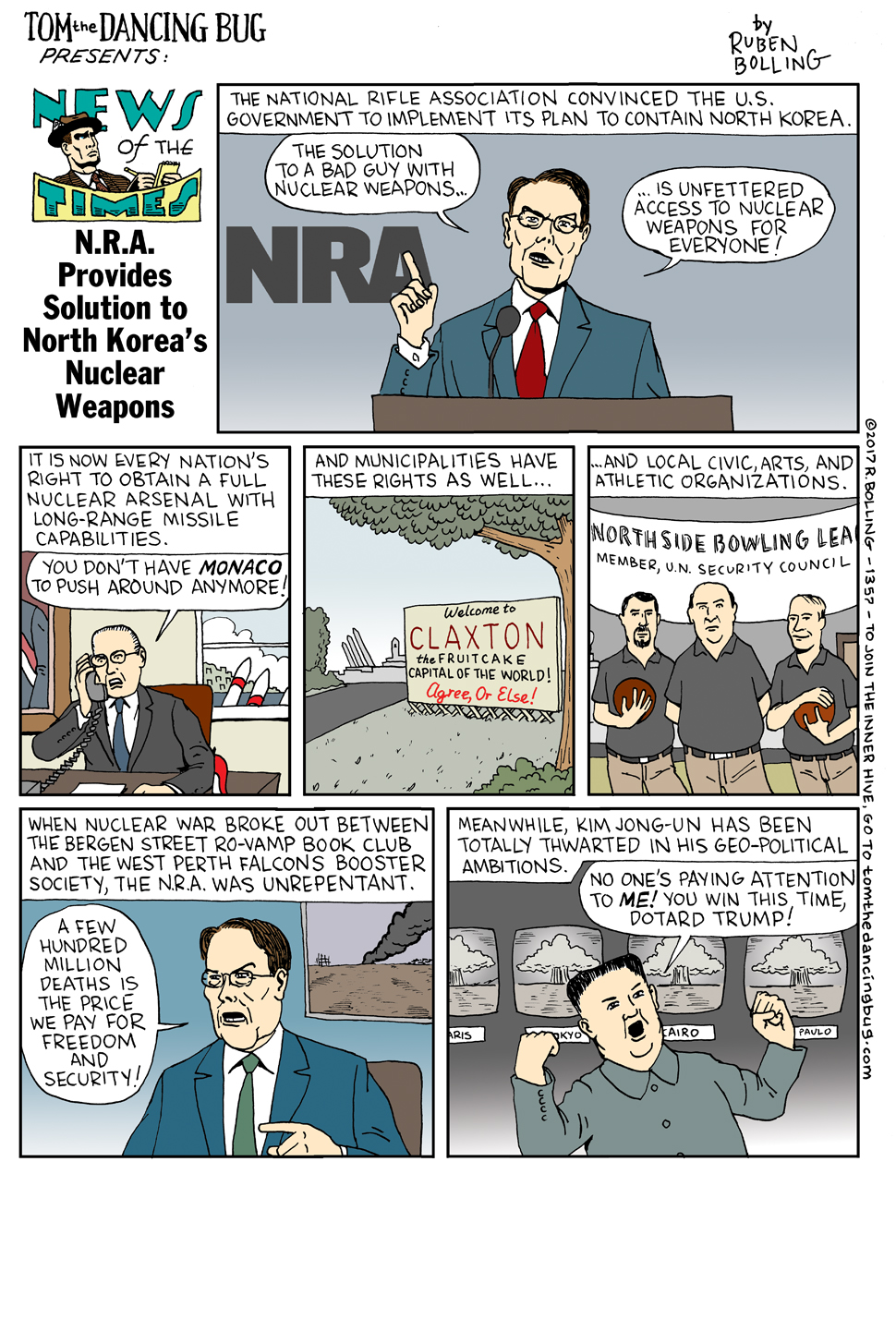 Tom the Dancing Bug, IN WHICH the N.R.A. uses the impeccable logic it applies to firearms in the U.S. to solve the problem of North Korea's nuclear weapons.