On-duty NYPD officers admit handcuffing teenage girl, putting her in van, and having sex with her, but say it wasn't rape 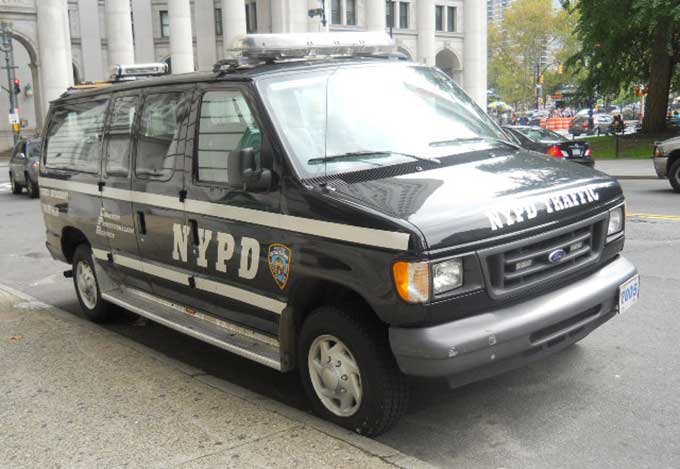 Two NYPD plainclothes detectives and their supervisor have been placed on "modified duty" pending an Internal Affairs Bureau investigation into claims that they handcuffed and raped a teenager in a police department van.

In their defense, Brooklyn South Narcotics Detectives Edward Martins and Richard Hall are claiming the girl happily consented to having sex with them after she'd been handcuffed, kidnapped, thrown in a van, and taken to a deserted spot.

The detectives searched the occupants of the car for drugs, [the woman’s lawyer, Michael David] said, and demanded that the woman lift her shirt. “They said, ‘We want to make sure there is nothing under there, so show it,’” Mr. David said, recounting his client’s account. “She was petrified, so she showed it. She said, ‘See, I’m not hiding anything.’”

Immediately after, the woman was ordered out of the car, placed in handcuffs and put into the back seat of the detectives’ black Dodge van, Mr. David said. She was told she would be driven to the 60th Precinct, about a mile and a half from the park.

Instead, the lawyer said, the detectives drove to a parking lot of a nearby Chipotle restaurant, where she said they raped her.

The woman remained handcuffed during the entire ordeal, her lawyer said.

About 45 minutes after she was handcuffed, the woman said she was shoved out of the van not far from the 60th Precinct, Mr. David said. The woman contacted her mother, who took her to Maimonides Medical Center in Borough Park, Brooklyn.

The detectives handcuffed the teen after finding marijuana and the anxiety drug Klonopin in a bag next to her and drove her away, according to the friend, who said he was suspicious about the cops from the start.

“I had Prozac on me,” said the friend, who declined to be named. “They said that it’s supposed to be in the bottle but they just gave it back to me.”

They only handcuffed the woman, telling her friends that they were taking her to the 60th Precinct on W. Eighth St. in Coney Island for processing.

Instead, Martins and Hall allegedly took her to a secluded spot about two blocks from the 60th Precinct stationhouse, where she says she was forced to perform a sex act on both cops.