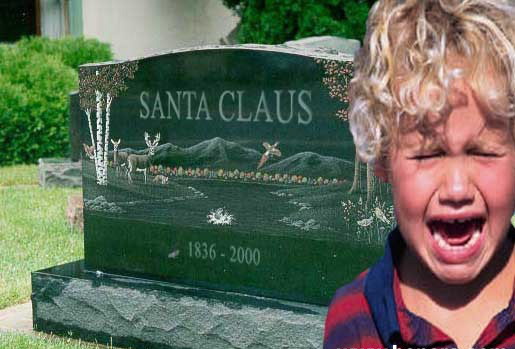 No need to lie to your kids about why Santa Claus didn’t come this year since Turkish archeologists believe they know where his dead body lies.

Archeologists discovered a temple underneath Saint Nicholas Church in the Turkish province of Antalya and believe it may be the site where the 4th-century saint could have been buried, according to Hurriyet Daily News.

“We have obtained very good results but real work starta now,” said Cemil Karabayram, Antalya Director of Surveying and Monuments. “We will reach the ground and maybe we will find the untouched body of St. Nicholas.”

Karabayram told the Turkish newspaper CT scanning and geo-radar were used to survey the church, and excavations will begin after preserving the church’s mosaics.

Karabayram said there had been many comprehensive works related to the tomb of St. Nicholas. “We studied all of the documents from between 1942 and 1966. There were some notes there. According to these notes, this church was demolished and rebuilt. During the reconstruction, traders in Bari took the bones. But it is said that these bones did not belong to St. Nicholas but to another priest. One of those to have said this was Professor Yıldız Ötüken, an academic of Hacettepe University’s history of art department. She says that St Nicholas is kept in a special section,” he added.