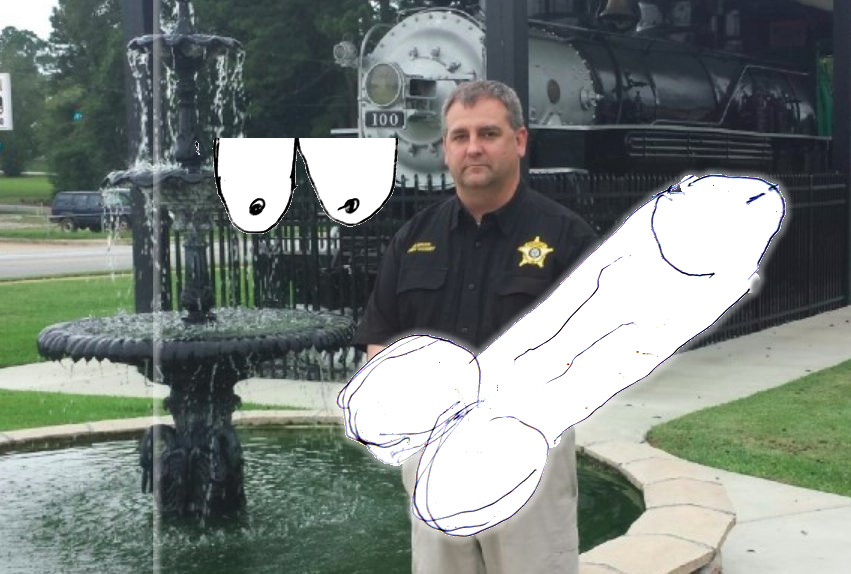 Worth County, GA Sheriff Jeff Hobby (+1-229-776-8211) had his deputies repeatedly subject all 900 students at Worth County High School in Sylvester to "highly intrusive" pat-downs that included touching genitals and breasts; they say they were looking for drugs but they never found any.

Sheriff Hobby ordered these searches regularly, and wanted to do it again, sure that he had missed some drugs on the earlier junk-touching expeditions, but he can't because nine of the students are suing him and two of his deputies, and he's been indicted by a grand jury for sexual battery, false imprisonment and violation of oath of office .

Interestingly, if he loses the lawsuit, he could also be stripped of his immunity in the criminal prosecution.

Apparently, Sheriff Hobby is going to claim he's innocent because he didn't personally pat down any of the students. That may save him from the sexual battery charge, but it's not going to help him much with the other two: violation of oath of office and false imprisonment. Without the sheriff giving the orders, it's unlikely his deputies would have locked down a school and patted down 800 students.

Hobby's statements made in defense of the search -- all made pre-lawsuit and pre-indictment -- aren't going to help much either. He feels he's completely justified in performing en masse suspicionless searches of US citizens. They may have limited rights as minors and school attendees, but their rights do not vanish entirely once they walk on campus.

The whole debacle was an ugly abuse of Hobby's power. Preventing future abuses depends greatly on the judicial system's ability to hold the sheriff accountable for his actions. With Hobby in charge, the Worth County Sheriff's Department is unqualified to police itself. Whether or not he's convicted, he should be removed from office. His post-search comments show he's willing to violate rights of hundreds of people simultaneously to find contraband he swears exists, but has yet to actually discover.