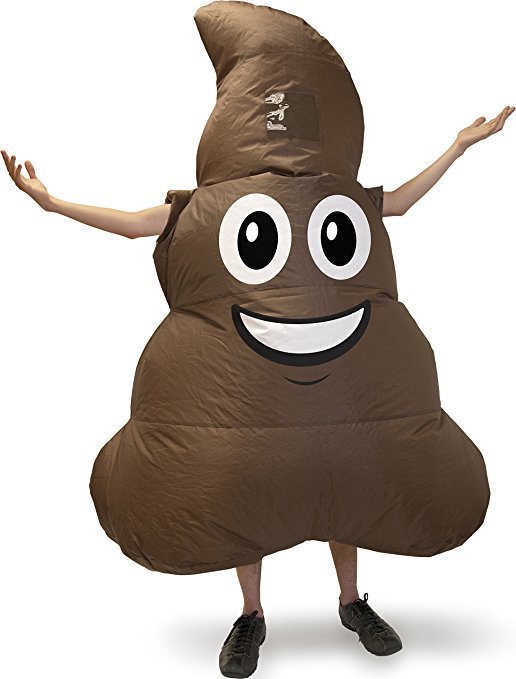 My kid thinks it'd be great if I wear a Poop Emoji to her school costume parade.

I'll put on fishnets and be SEXY POOP EMOJI.