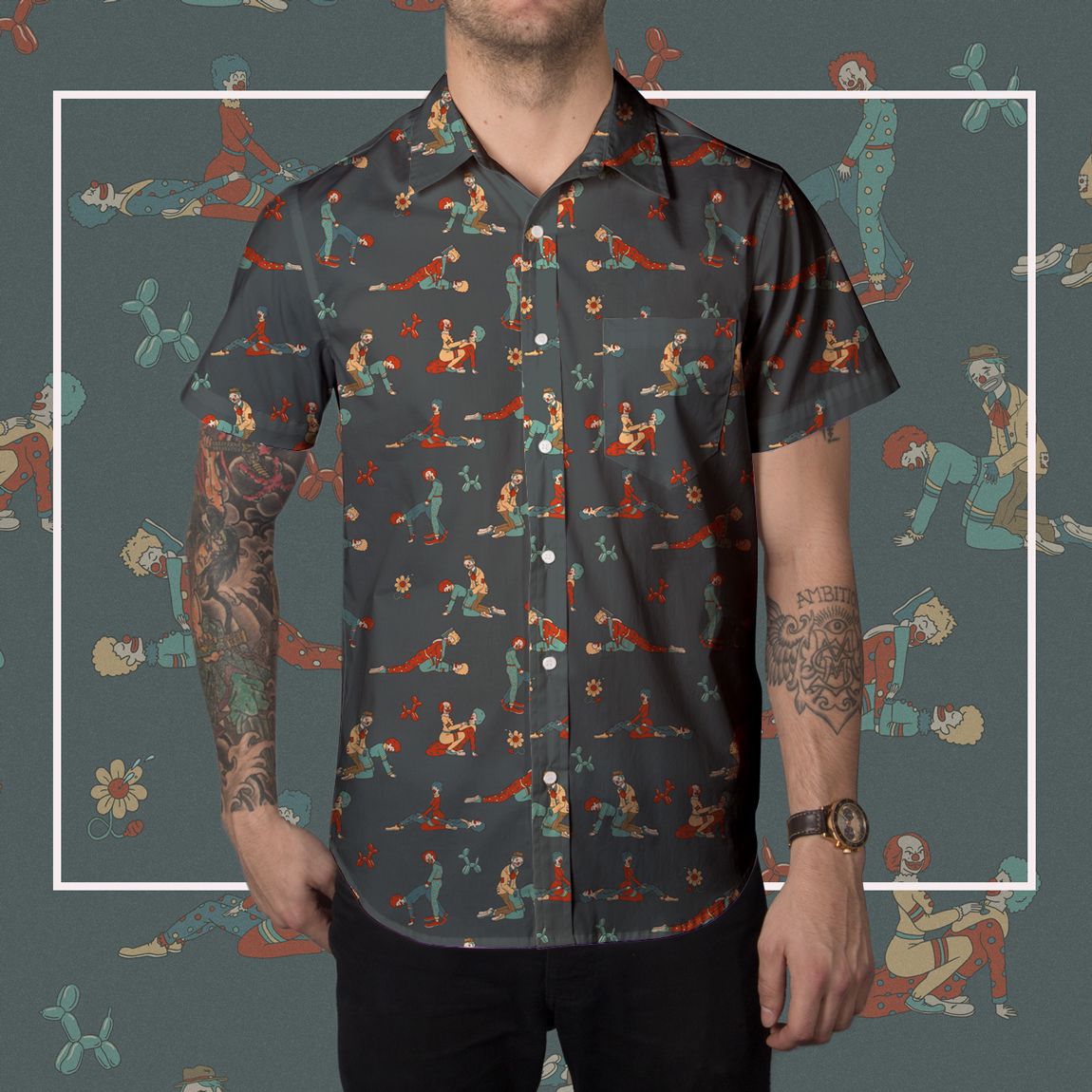 Like it or not, clowns are "in" these days. (Fwiw, I blame that new IT movie.)

Now, thanks to San Francisco clothing maker Betabrand, clowns are both "in and out."

Their "Clowna Sutra" men's shirt takes its inspiration from the Kama Sutra obviously, but features more red noses, wigs and oversized shoes than the original.

There must be some real funny business going on at Betabrand, as this silly/smutty short-sleeved shirt was actually designed by the company's own founder and CEO, Chris Lindland.

A must for circus folk. / Balloon animals too / clowns / Copulation / Kama Sutra / silly / So wrong it's right