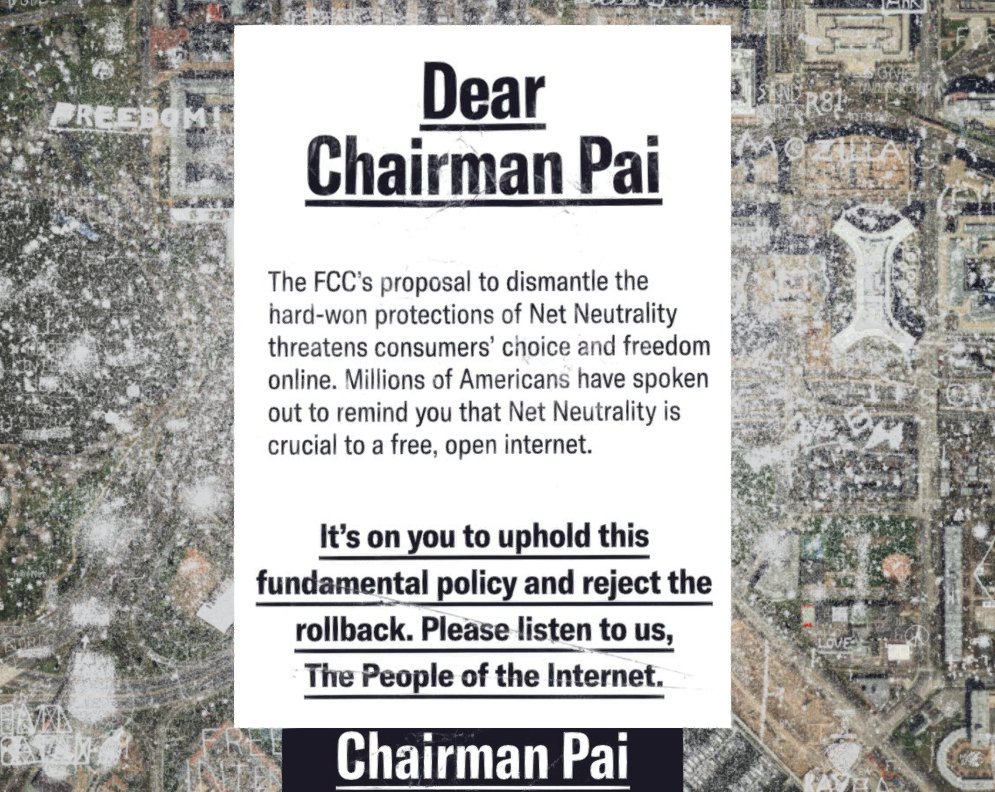 Brett Gaylor from Mozilla writes, "The FCC received 22 million comments in response to its plan to repeal Net Neutrality legislation. So we've created a virtual way for you to drop 22 million virtual leaflets on Ajit Pai at the FCC headquarters. And we're almost there! Folks have dropped over twenty million so far, and in the process made weird cyber graffiti appear all over DC. Help us get to 22 million!"