After her spies told Thatcher they thought an MP was raping children, she knighted him 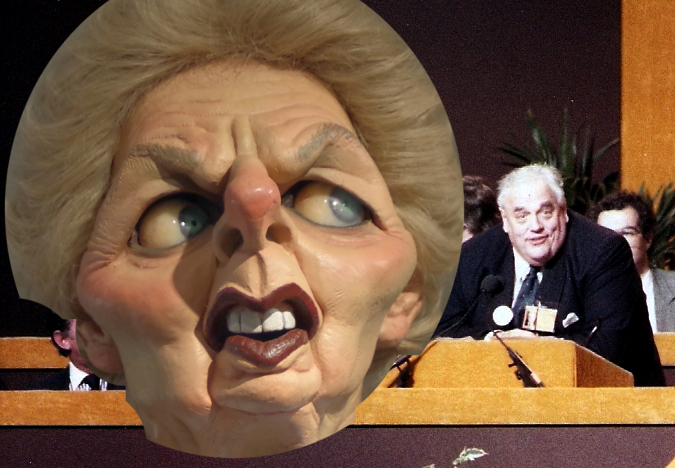 The UK has been rocked by a series of "historic sex scandals" in which beloved cultural and political figures -- Clement Freud, Jimmy Saville, Rolf Harris and many others -- have been revealed to have been sexual predators since the earliest days, using their money and respectability to rape children for decades with impunity. When each new horror surfaces, one of the first questions the public asks is, "Who knew about this and helped to cover it up?"


Cyril Smith was an MP for Rochdale when in 1988 when Margaret Thatcher recommended that he be knighted. She had been warned by MI5 that Smith was suspected to have raped at least eight boys. After Thatcher knighted Smith, he went on raping children, because his knighthood opened doors for him, getting him inside organisations that supported vulnerable children. He died in 2010, at the age of 82, without ever facing charges.

The initial 1970 Lancashire Police inquiry into Smith concluded he had used a “veneer of respectability” in order to abuse young boys in the 1960s.

The report said: "It seems impossible to excuse his conduct over a considerable period of time whilst sheltering behind a veneer of respectability.

"He has used his unique position to indulge in a sordid series of indecent episodes with young boys towards whom he had a special responsibility."