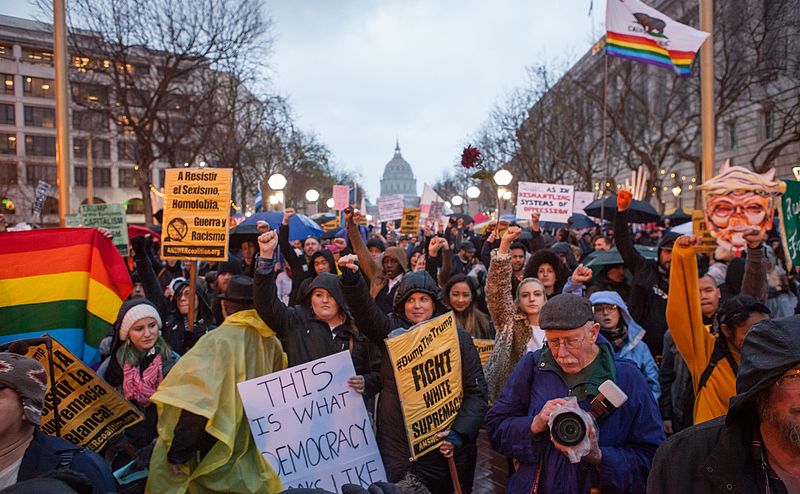 Dreamhost is the hosting provider for disruptj20.org, a website where 1.3 million people discussed plans for protesting Donald Trump's inauguration; in August, Trump's DoJ got a warrant demanding all the communications, IP addresses and other details on all 1.3 million people who used the site.

Trump's DoJ argued that since there was some violence at the inauguration protests, they needed everyone's details to prosecute the guilty.

Yesterday, District of Columbia Superior Court Chief Judge Robert E. Morin told Trump's lawyers to go fuck themselves: "[you don't] have the right to rummage through the information contained on DreamHost's website and discover the identity of, or access communications by, individuals not participating in alleged criminal activity, particularly those who were engaging in protected First Amendment activities. "

However, Paul Alan Levy, a lawyer for Public Citizen, an advocacy organization that is representing people who visited the site anonymously, isn’t totally on board with all the nuances of the judge’s ruling.

"The judge has decided to allow a search of emails from anonymous users (without their identifying information) even though the government never showed that it had a good reason to look at those emails," Levy e-mailed in a statement.

"And he will allow the government to make its justifications under seal, based on a presumption (without any evidence) that secrecy is needed to protect the government’s investigation. In this way, the judge is denying Public Citizen and DreamHost the opportunity to explain why the government’s arguments for a search protocol or access to a particular record should be rejected."