The absurd and irreverent art of 81-year-old Pedro Friedeberg 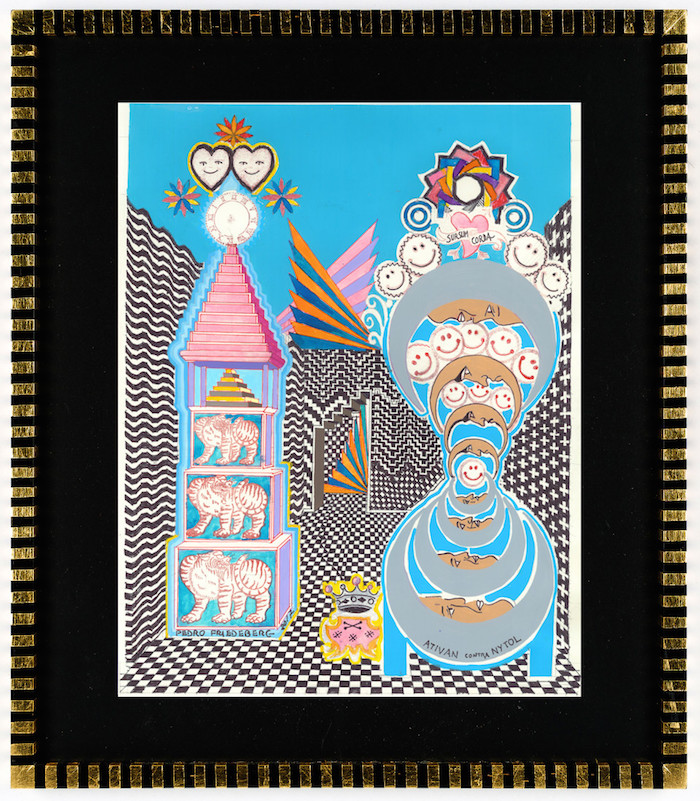 Pedro Friedeberg is a popular Mexican artist whose work encompasses the ideas and iconographies of Catholicism, Hinduism, Aztec Codes, and Occult symbols. Although the Hand Chair (shown below), created in 1962, is his most well-known piece, the 81-year-old artist has a diverse body of work that spans six decades and that includes furniture, paintings, drawings, and sculpture.

During WWII, Freideberg became part of a scene of surrealist artists who rejected the popular type of social and political art of the time. Friedeberg's work explores the absurd, challenges both high and low cultural hierarchies, and combines everyday life with fantasy.

The M+B gallery in Los Angeles is currently showing his solo exhibition, Tetragrammoebius.

The exhibition marks the artist's first solo gallery exhibition in Los Angeles in over three decades and includes recent paintings, furniture, textiles, drawings and sculptures that provide insight into the artist's singular vision. The show runs from September 23 to November 4, 2017.