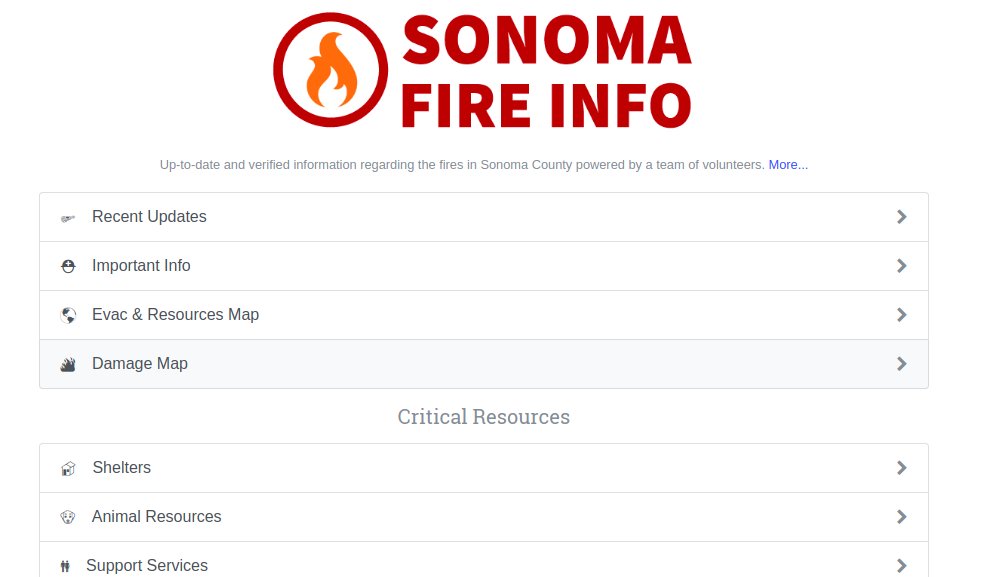 Trisha Weir writes, "In the wake of the massive fires in Northern California, one of the biggest problems was a lack of centralized infrastructure for information. A group of engineers at a non-profit maker space in Sebastopol banded together to make Sonoma Fire Info, a website with information on evacuations, shelters, donations and support, and have been working around the clock to update it with verified information from a variety of sources."