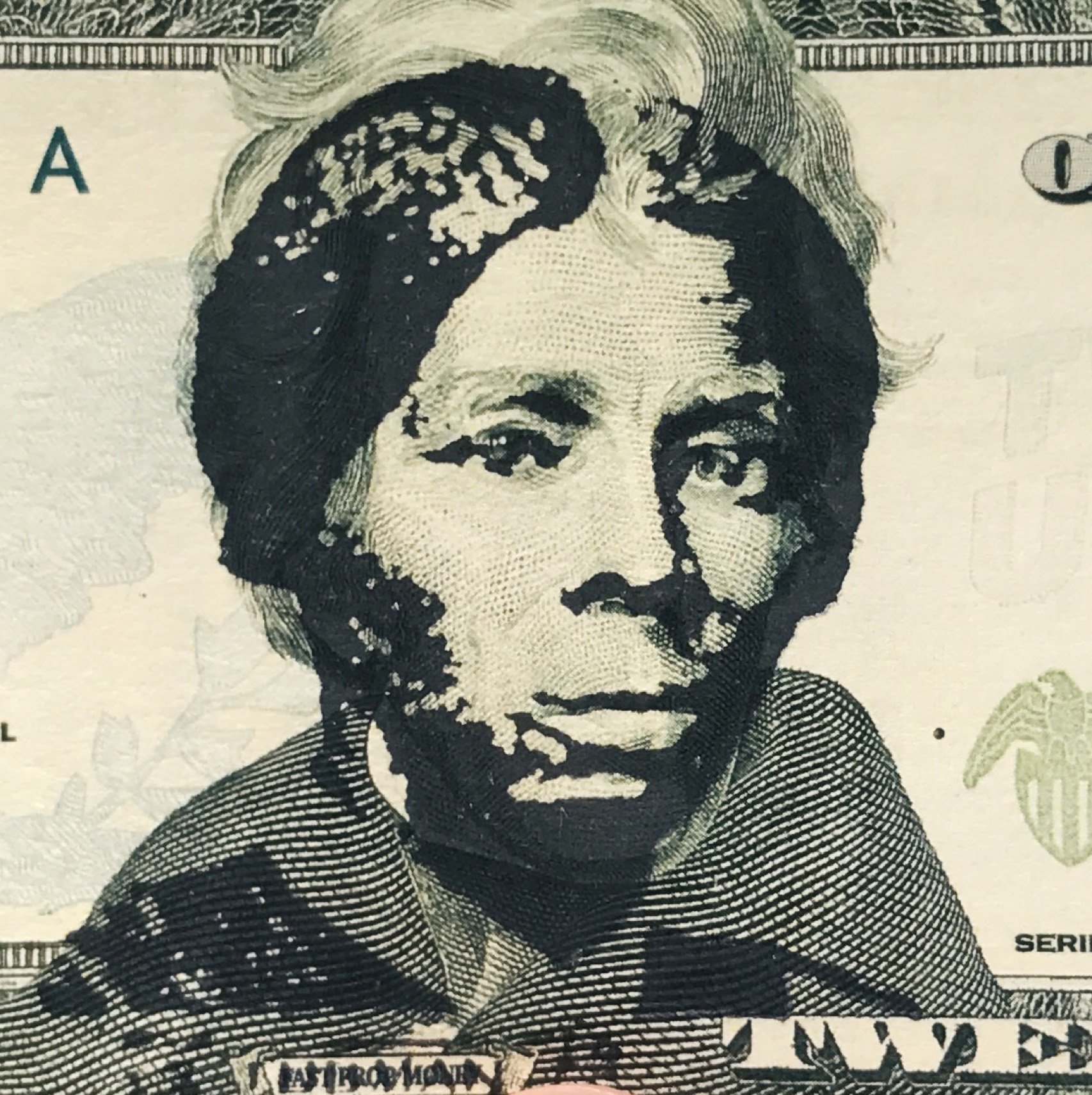 Adafruit greeted the news that Trump Treasure Secretary Steve Mnuchin had cancelled the plan to make the great hero Harriet Tubman the first African-American and the first woman on US currency with a video and tutorial for 3D printing a Harriet Tubman stamp that you could use to blot out the genocidal racist scoundrel Andrew Jackson on your money.

Today, Adafruit posts a long legal reasoning for why they believe this does not violate statutes that prohibit defacement of currency.

They also point out that the genocidal racist scoundrel Andrew Jackson did not believe in paper money.

Unlike Section 333’s list of terms, the list of conduct provided in Section 475 (“writes, prints … impresses”) clearly is of the same “class or nature” as the act of stamping. See United States v. Laescki, 29 F. 699, 701 (N.D. Ill. 1887) (summarizing Section 475 as prohibiting the printing or stamping business cards or advertisements on a U.S. bank-note). For example, in 2000, George Elskin of the “Where’s George?” campaign, noted above, attempted to monetize its site traffic by selling stamps that would allow customers to mark for purpose of marking tracked bills with the campaign’s web address. Although the Secret Service previously viewed the campaign as lawful, they viewed the stamp actively encourages the marking of paper currency with an advertisement for the website. Although the Secret Service did not charge Elskin with violation of Section 475, they demanded he stop selling the stamp immediately.

From our review, it is clear that 18 USC § 475 does not prohibit Adafruit’s instructional video. The statute, on its face, prohibits marking, stamping, or otherwise altering, U.S. currency for the purpose of turning it into a vehicle for commercial advertising. Adafruit’s video instructs viewers on how to create stamps that resemble historical figures, such as Harriet Tubman, which are in no way can be construed as an advertisement for Adafruit. Unlike the “Where’s George” stamp, Adafruit does not intend to stamp its website address or company name onto U.S. currency, nor does it seek to profit directly from the marking of U.S. currency. Therefore, because Adafruit is not impressing or attaching a business or professional card, notice, or advertisement to U.S. currency, Section 475 does not apply.