The internet went wild for this 100% spiderless-pie 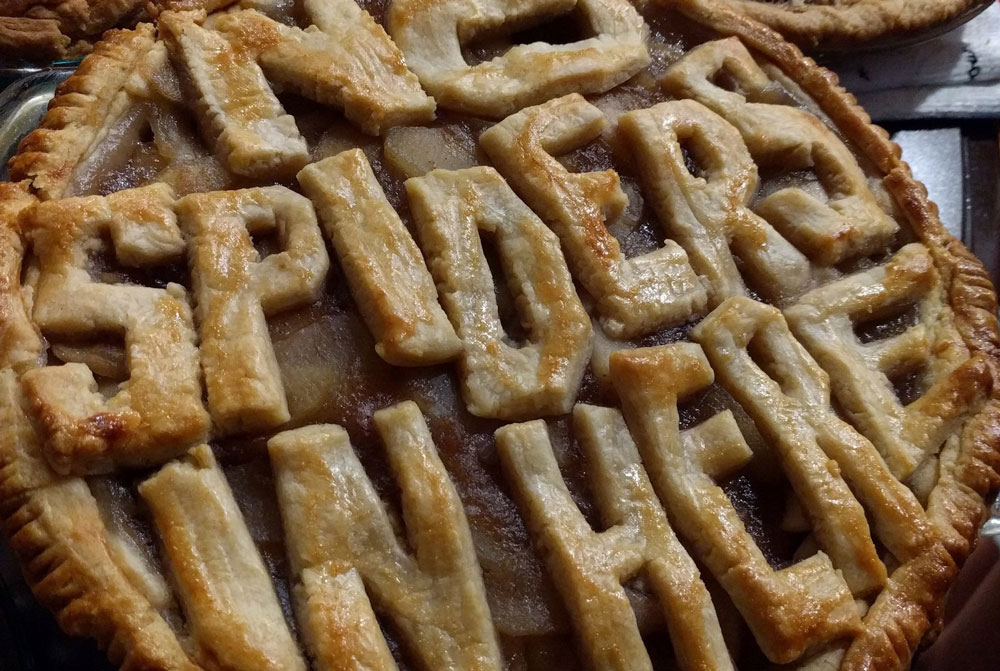 This isn't suspicious, no, not at all.

On Saturday, David Orr of Bloomington, Indiana posted a photo of his entry in a local pie contest on Twitter and immediately got a big reaction. Why? Because Orr used the words "No Spiders in Here" as his apple pie's crust.

Check out this apple pie I made. Worked out real well. pic.twitter.com/KWmftHCbvU

The internet had a few things to say about it:

Orr then posted a photo of another entry in the contest, one with (plastic) spiders on it:

So the funny thing was, this was another pie in the contest! pic.twitter.com/3uOTPjJEU7

By Sunday evening, his totally spiderless pie was nearly gone.

Oh yeah, he only won SECOND place in the contest. Robbed, I tell you!