16 Democratic Congressional hopefuls have outraised the incumbent Republicans they're challenging 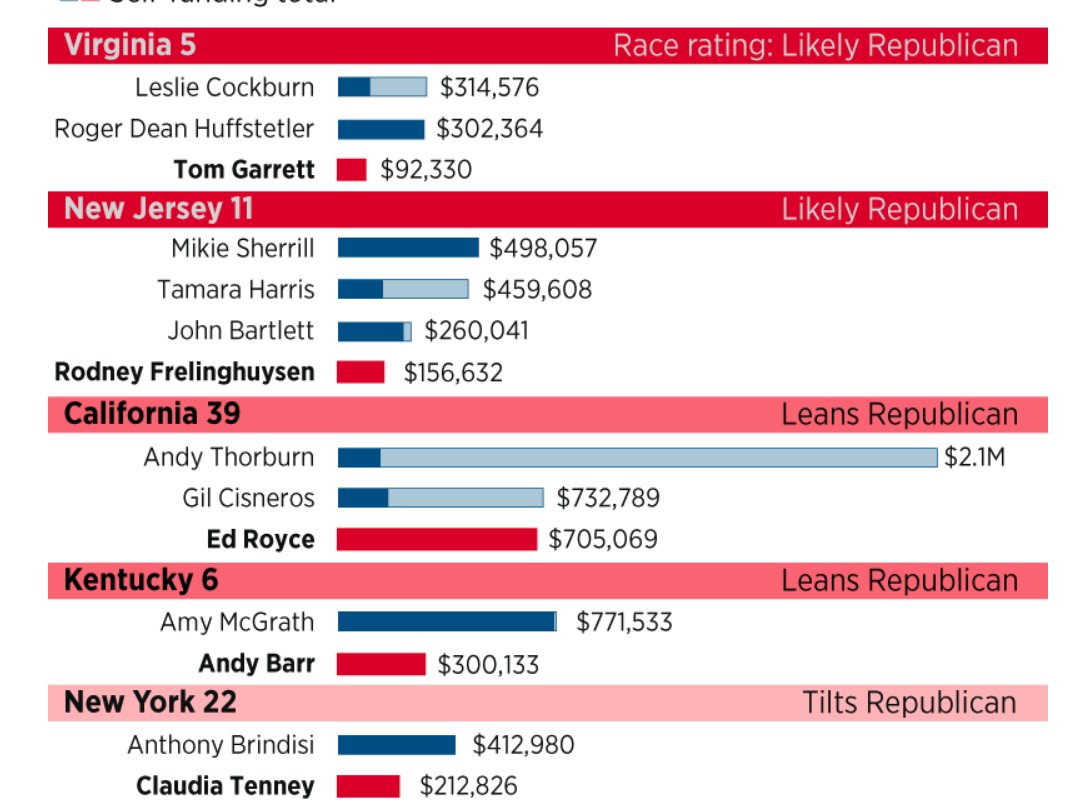 30% of the Congressional Republicans who are up for re-election in 2018 were outraised by their Democratic challengers in Q3 2017, which is traditionally a slow fundraising season (on the other hand, first-quarter fundraising by new candidates often gets a bump from "love money" from friends and family and then can fall off).

The margins are often huge -- double or triple -- and many of the challengers are Sandersite progressives. If the Dems flip 24 seats in 2018, the Republicans will lose control of the House.

Garrett raised even less during the second quarter, bringing in just $43,000, compared to Huffstetler’s $345,000. The congressman raised $79,000 during the first quarter, before Huffstetler entered the race.