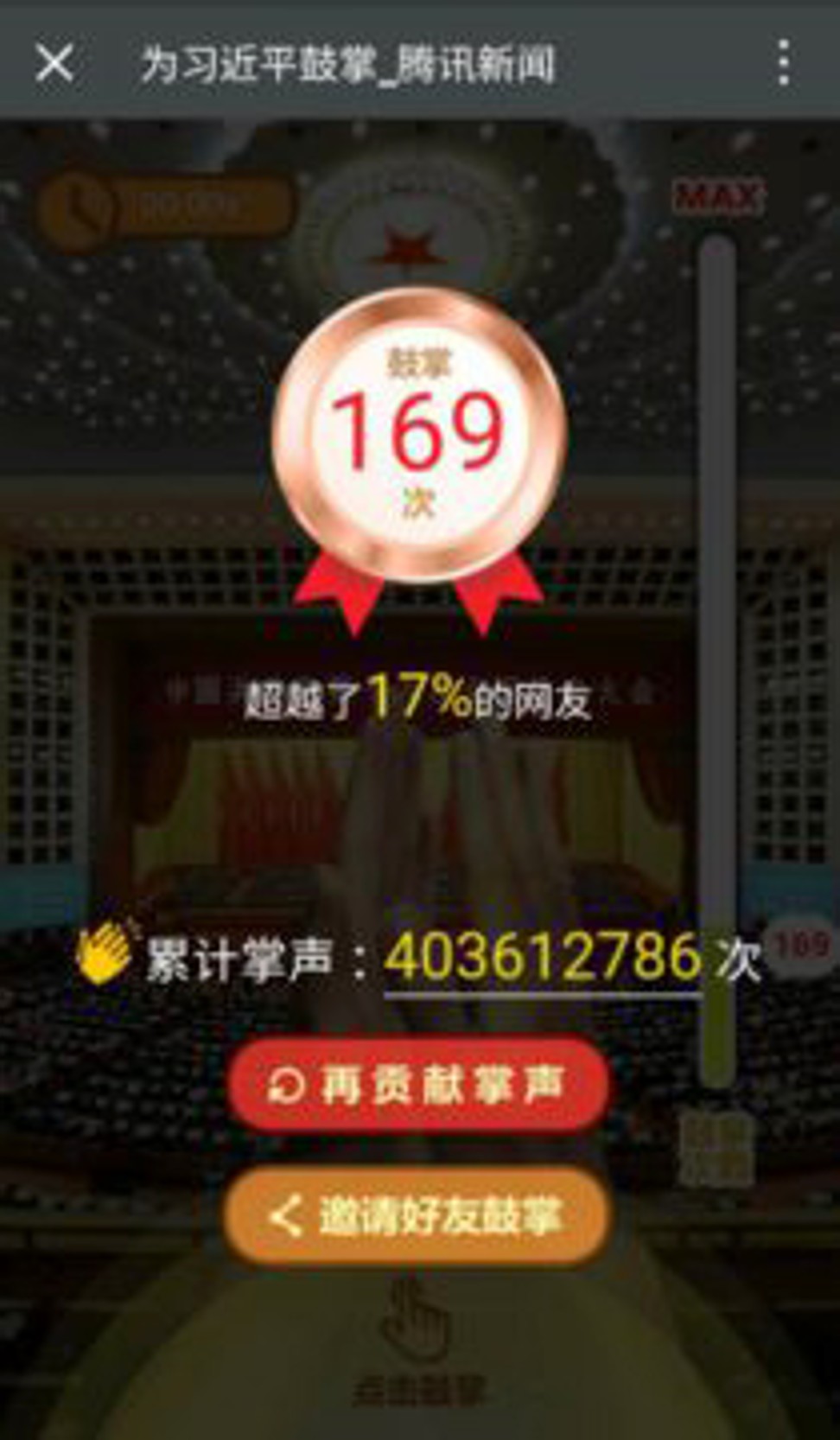 Players then tap their phone screens to clap as many times as possible during a set period after one sentence of Xi’s speech that describes the Communist Party’s mission to work towards the happiness of the Chinese people.

Despite the game’s chunky graphics and propagandist tone, it has gone viral on social media networks including Weibo, China’s equivalent of Twitter, the website said. One player was able to hit the applause button in the game 60 times a second, almost as fast as the beats of a humming bird’s wing, according to the financial news service Bloomberg.