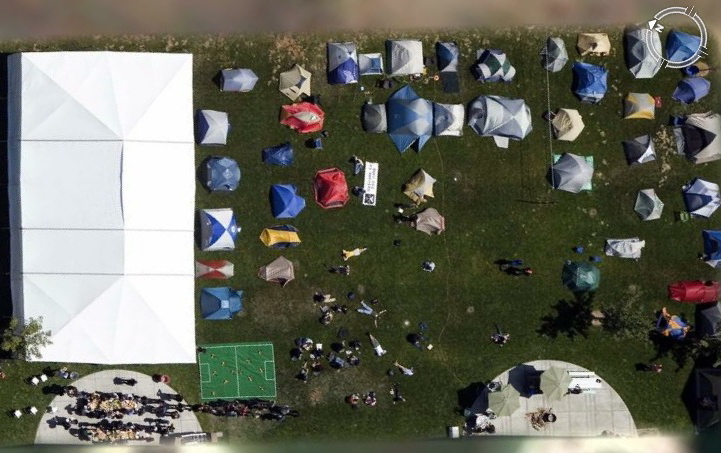 In the early 2010s, Quinn Norton (previously) was sexually assaulted by Robert Scoble (previously), a well-known technology exec and anti-privacy advocate while attending O'Reilly Media's FOO Camp, a private tech gathering that has a well-earned reputation as a safe and congenial space.

In the wake of the assault -- which was one of two perpetrated by Scoble that Norton saw that night -- she discovered that Scoble's co-workers felt that "harassment was just part of working with him, it was commonly known, one of our 'Open Secrets' in the tech world."


Scoble himself has gotten sober and published some regrets for his drunken behavior, and FOO's organizers took immediate steps after Quinn reported her experience, barring Scoble from invites to future events, instituting a code of conduct, charging all staff with policing that code, limiting alcohol consumption, and changing the invitation policy to attain better gender balance at the event.

In Norton's post on the subject, she describes being raped in high school by her boyfriend, at a time when they were both "fucked teenagers who needed help, and one had hurt the other." Rather than addressing that, Norton "was pushed out of school, and his emotional problems were ignored and neglected."

We're living through an extraordinary moment in which long-undisturbed rocks are being turned over, and the names of prominent men who have committed terrible actions are coming to light. Norton says that "demonization" has made the situation worse, by "making the subject unapproachable" so that no one can "intercede to get abusive people the help they need, much less the victims."

Instead, Norton calls for "restorative justice," which "requires admitting and discussing painful issues, and looking for ways to make things whole, by the community, not just the people directly involved."

The demonization of either rapists or victims is what makes the subject unapproachable, and doesn’t let anyone intercede to get abusive people the help they need, much less the victims. Men aren’t wild predators, but sometimes the broken ones can do very bad things. Sometimes, even if rarely, broken women do bad things to men. So the people who care for, love, or need these broken people cover for them. They destroy the people that seem the most likely to destroy their loved ones: the victims. Ultimately, this neglect destroys their loved ones, too.

I’ve watched this toxic dynamic play out in my life and others since I was a child. This is the first reason I became a fan of restorative justice. Not because I am some kind of soft-on-crime libtard, but because I’d rather less people got assaulted and raped in the future, and restorative justice prevents more terrible things from happening. But restorative justice is hard, for everyone, not just the aggressor and victim. It requires admitting and discussing painful issues, and looking for ways to make things whole, by the community, not just the people directly involved. This has to happen even when things can never be whole again.

Robert Scoble and Me
[Quinn Norton/Medium]