Take a look at the Gonzo Gizmo author's favorite tools 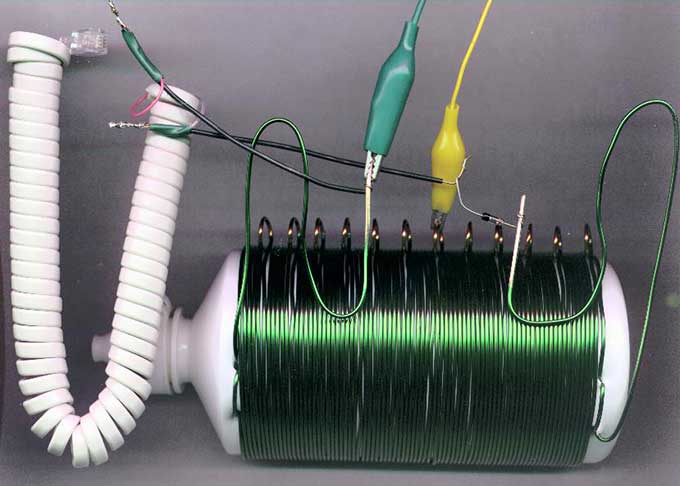 My guest on the Cool Tools Show podcast this week is Simon Quellen Field. Simon is a chemist and former Google software engineer and is the author of over a dozen books, including Gonzo Gizmos, Return of Gonzo Gizmos, Culinary Reactions, Why is Milk White, Elements Vault, Why There's Antifreeze In Your Toothpaste, Electronics for Artists and, most recently, Boom!: The Chemistry and History of Explosives. He's the author of the science toy website SciToys.com and several novels.

“I’m often asked to demonstrate scientific toys and things at different science conventions, like the Google Science Fair … and one of the things that they love when I show off is all of these fun things that you can do with liquid nitrogen. And, of course, it lasts a lot longer if you keep it in a big Dewar. So, I’ve got this thing, it’s about 2 feet tall, about 10 inches in diameter, And holds 10 liters of liquid nitrogen, which I get locally from a place called Nitroderm. And we do all kinds of fun things with it. Put some liquid nitrogen in a bowl and squirt some whipped cream out of a spray can into it, freeze it really hard. Kids pop it into their mouth and crunch on it and fog comes out their nose like a dragon.”

"I have a vacuum chamber, and this vacuum pump, this one does six cubic feet per minute, which is pretty good. It used to be that vacuum pumps were really expensive, but once the smog dealers needed them in order to take the Freon out of your air conditioner for environmental reasons, everybody needed one and they got cheap. But, with this vacuum pump, I can put some liquid nitrogen into a small thermos and put it in my vacuum chamber and start sucking the air and the nitrogen vapor out of that chamber. And after about a minute or so, you get solid nitrogen … and then you disconnect it and let the air rush in and in about 3 seconds, it’s liquid again.”

"It's got a nice LCD display on it and you can set the current or the voltage to be constant. And what I use it for is electroforming. You take a solution of copper salts and a few other magic ingredients. Usually, it's a proprietary mix, they don't tell you exactly what's in it. But you can start electroplating something and if you let it go, it will make a thicker plating … So, for example, suppose I took an egg. I could paint conductive paint in a pattern on the egg, like a filigree or a tree or whatever. And then I could submerge that in the plating bath and plate it for 20 minutes or so and get a thick enough copper plating that I can dissolve the egg away and now I can hold this filigreed Fabergé egg-like thing in my hand.”

“I picked this up recently, when I was going up to see the eclipse up in Oregon, and we knew that there would be so many people in these little towns that only had cell phone bandwidth for a tenth as many people as were going to be there and so, we wanted to stay in touch and be able to chat with other HAMs on the road about traffic conditions, which we also expected to be a nightmare. … And this little gadget … It’s got 128 memories that you can easily program with all of the repeaters for all of the HAM radio repeaters on the mountains and stuff and it just works … It does everything you want and it’s tiny. … It’s probably good for anywhere, 5 to 20 miles. But once you hit the repeater, now the repeaters are networked, so I can talk to people in Portland, Oregon or in San Diego.”