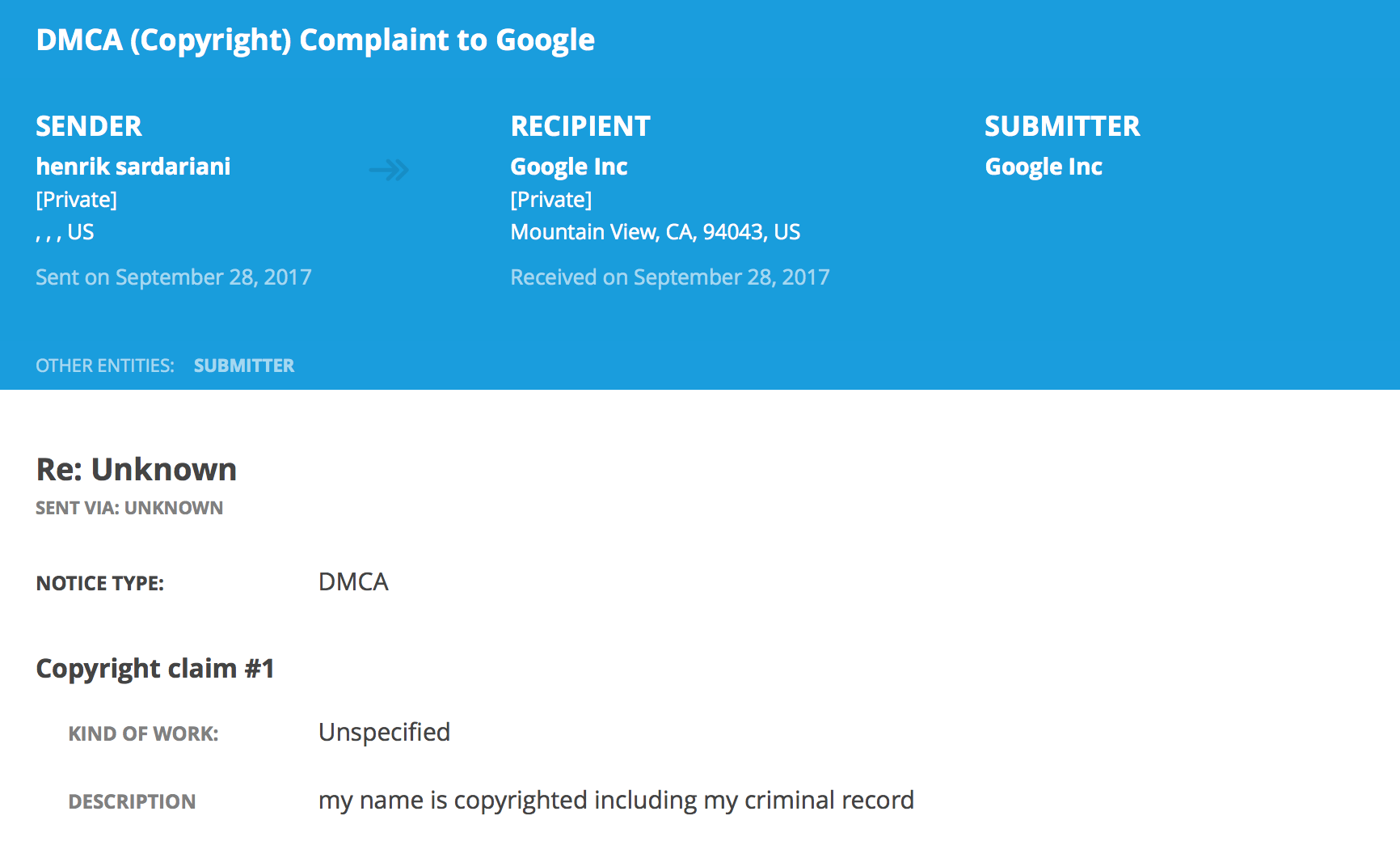 A gentleman jailed for his part in a $5.4m scam wanted Google to remove links to news stories about the wheeze. His cunning plan to get them to do it – file a DMCA takedown notice claiming copyright in his own name and criminal record – perhaps offers a clue about why he got caught in the first place.

From the FBI's press release:

According to a plea agreement filed in this case, Henrik Sardariani obtained more than $5 million in loans after, among other things, falsifying numerous documents. In order to obtain one of the loans, Henrik Sardariani fraudulently used a house as collateral and falsely claimed to be the president of the company that owned the property. To support the claim that he controlled the company, Henrik Sardariani created false corporate records that were presented to the lender.

Henrik Sardariani also admitted that he created fraudulent property records to make it appear that prior loans had been paid off and that, therefore, new loans would be fully secured by unencumbered property. The fraudulent reconveyances bore forged and fraudulent signatures of notaries public, as well as fraudulent stamps of the notaries public.

Update: Shooting the Messenger writes that there are at least three of these DMCA takedowns filed by people involved in this particular case.