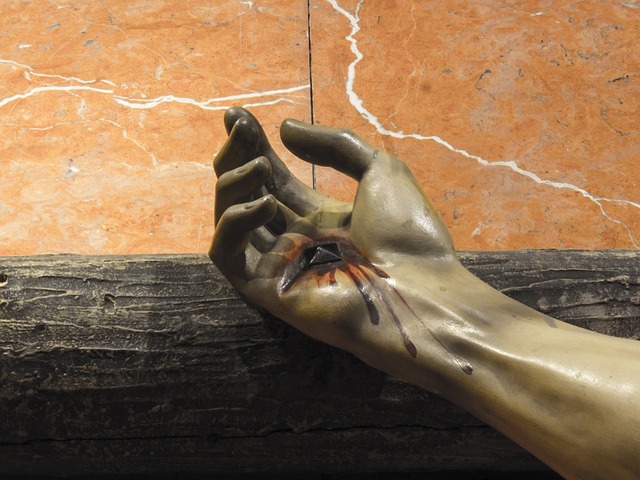 Sorry, but there probably isn’t an antiperspirant on the market that can stop blood sweating.

Two Italian doctors published their findings on a 21-year-old woman who experiences short episodes of bleeding from her palms and forehead without any lesions on her skin. Dr. Roberto Magile and Dr. Marzia Caproni didn’t find evidence the patient was attempting to deceive medical professionals and are diagnosing her with hematohidrosis, according to a study in the peer-reviewed Canadian Medical Association Journal.

Hematohidrosis, or sweating blood, is said to be a rare medical phenomenon previously linked to biblical explanations, but other examples date much further back.

In this most recent case, the patient has episodes ranging from one to five minutes and was treated for depression and anxiety she says stems from stress for enduring the condition for three years, according to the study. The doctors treated the patient with propranolol, a type of beta blocker.

In the literature, there is no single explanation of the source of bleeding in hematohidrosis. Despite the fluid’s sweat-like appearance, the hypothesis that blood passes through eccrine ducts, induced by abnormal constrictions and expansions of periglandular vessels, has not yet been proven. Bleeding has also reportedly occurred through areas without sweat glands or through the follicles, and the presence of dermal defects leading to blood-filled spaces exuding via follicular openings or directly into the skin surface has also been proposed.

We treated our patient with propranolol (20 mg/day), based on its use in similar cases in the literature, and this led to a marked reduction, although not a complete remission of her bleeding.