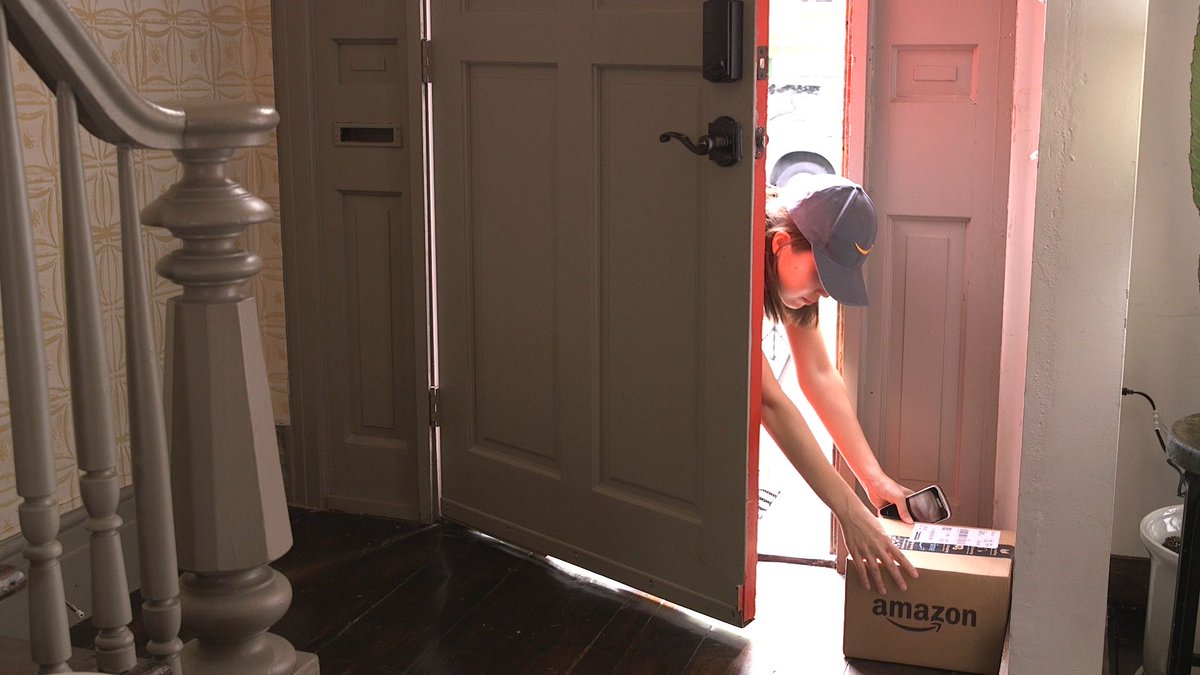 Let the right one in. The Verge: "Amazon Key is a new service that lets couriers unlock your front door."

The service is called Amazon Key, and it relies on a Amazon’s new Cloud Cam and compatible smart lock. The camera is the hub, connected to the internet via your home Wi-Fi. The camera talks to the lock over Zigbee, a wireless protocol utilized by many smart home devices.

When a courier arrives with a package for in-home delivery, they scan the barcode, sending a request to Amazon’s cloud. If everything checks out, the cloud grants permission by sending a message back to the camera, which starts recording. The courier then gets a prompt on their app, swipes the screen, and voilà, your door unlocks.