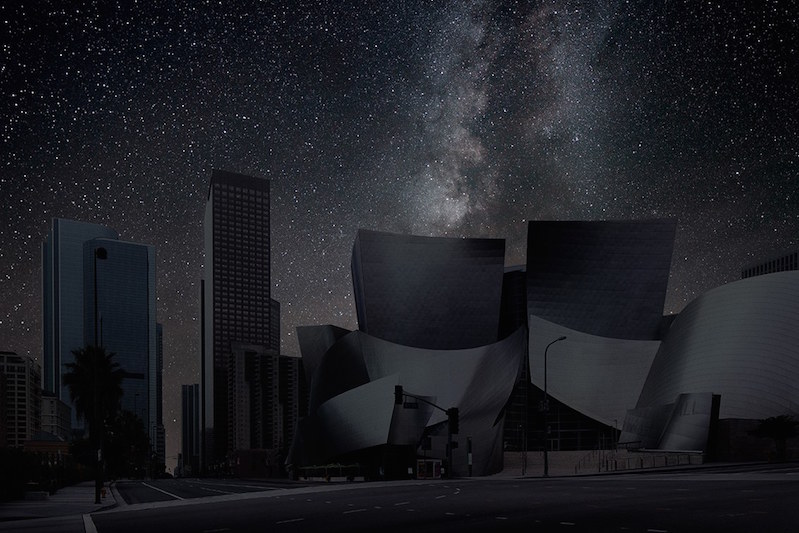 Hurricane Irma's blackouts reminded locals of what their gorgeous night skies look like with no light pollution. That reminded me of the cool Darkened Cities project by Thierry Cohen.

The composite images, like the one above of downtown Los Angeles' Disney Concert Hall, use star imagery he captured in remote places at the same latitude. Below: Chicago.