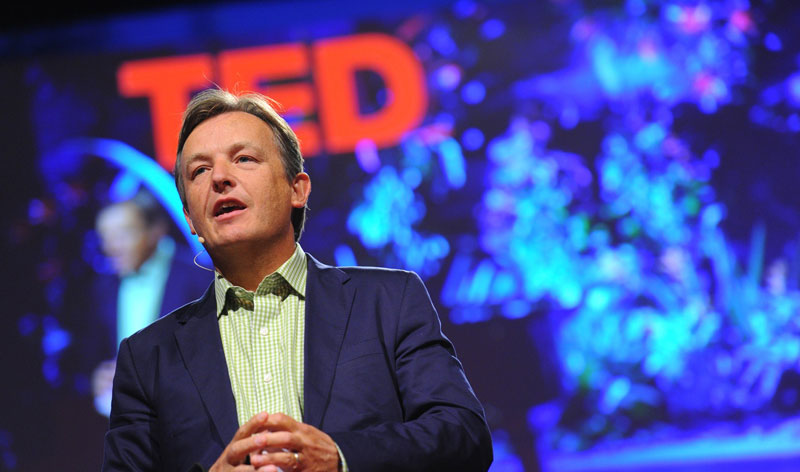 Though I’ve known Chris for decades and have spent hundreds of hours in conversation with him, I learned quite a bit from this interview. I hadn’t realized he’d spent much of his childhood in a mud hut in Pakistan, heard the full story of shedding his once-fervent Christianity, nor gotten quite so deep into the evolutionary psychology of memes. I already knew most of what we touched on regarding TED – but I’m near the expert level on that topic, so most listeners will learn plenty from that discussion as well.

Though he’s shed the religiosity he was raised with, Chris retains a certain missionary-like commitment and fervor. When this radiates through TED, some embrace it as idealism whereas others dismiss it as earnestness.

But whatever your take on TED’s energy, it’s hard to be cynical about Chris’s generosity in connection to it. He bought the conference with money earned from his business career, which he sequestered into a foundation, which now owns and runs TED as a not-for-profit. He has since spent sixteen years working extreme hours in a highly stressful job for no salary, transforming TED into the idea-dissemination engine it now is.

The episode runs about 80 minutes. For those in a hurry, here are timestamps of some highlights:

0:07:50 – Turning TED into a not-for-profit (and the surprising operating advantages of this)

10:40 – The amazing phenomenon (and astounding scope) of volunteer-organized “TEDx” events

42:29 – Deciding to give away the crown jewels that conference-goers pay vast sums to access by putting the TED talks online

1:00:15 – The evolutionary psychology of charismatic oratory as a vector for memes.

1:06:52 – The promise and peril of 2 billion or more people first getting online quite suddenly over the next few years