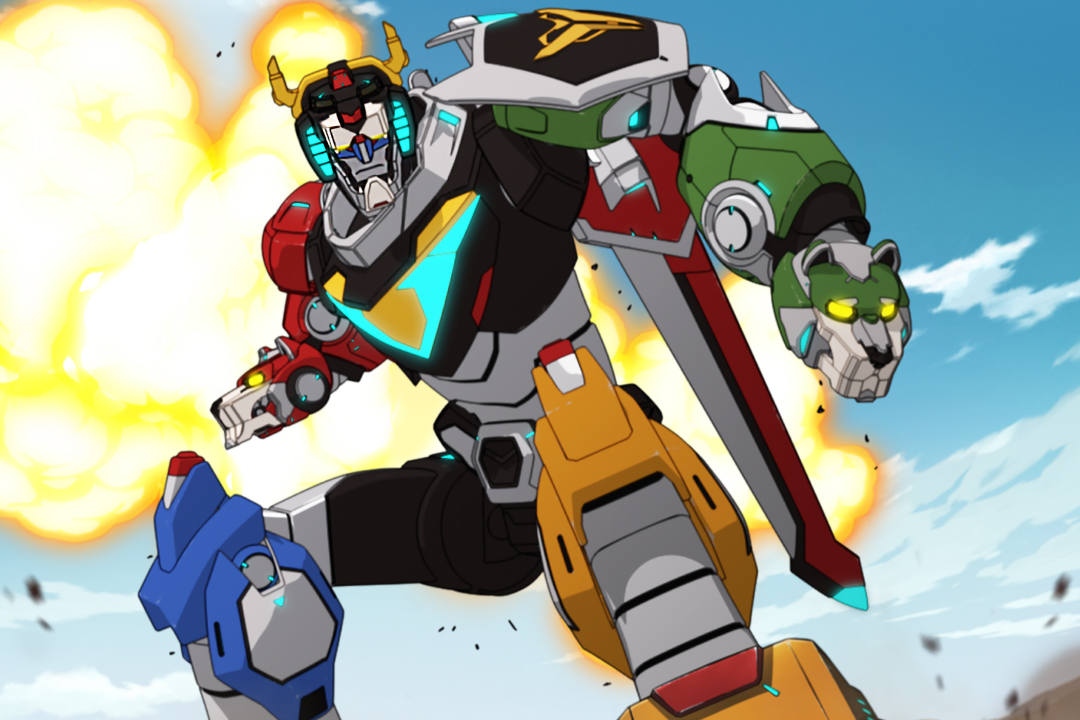 My people raised me on the greatness of Voltron Lion Force. So when I discovered there was a remake on Netflix, I was excited. Scared. The bland unpleasantness of the Thundercats reboot lingers still with me. Last night I caught the first episodes, and I have to say I ? was ? pleasantly ? surprised.

The animation is top-notch. The music lacks the original's amazing synths and vocoders, but it's good and has a feel for the source material. The characters hew close to the original's too. Lance (Blue Lion) is still a wisecracker, though moreso than his 1984 version. Pidge (Green Lion) is as sweet and smart as ever. Hunk (Yellow Lion) is improved: his humor had me giggling and I enjoyed every moment he was on. Keith (Red Lion) undergoes the biggest changes, becoming more of a hotshot rogue type, working hard to find himself.

He's not piloting Black Lion—a bit of shock, but I suspect that's going to change. A new character, Shiro, is its paladin. Shiro is, in the new continuity, the noble leader. Princess Allura is more badass now. Instead of just having her helpful pet mice, they share a psychic link with her.

The new show pays tribute to the original in the right way, staying honest to its characters and relationships, but giving them tight scripts that hearken to 80's TV tropes without losing sight of the need to carry everything forward. Even if it doesn't thrill as it did back in 1984 and '85, I know today's kids are getting something that is, put plainly, better-written and better-made. No remake can ruin my childhood, because I'm not a child anymore, but new Voltron had me applauding the fact that I wasn't lamenting a second-rate copy.

Minor disappointments, though. When the team finally formed Voltron, the Dynatherms were not connected. When the team was having a hard time figuring out how to form Voltron, and I did shout out at them to say "GO VOLTRON FORCE!" because that is what you do in these situations, but they were not listening. Finally, they also didn't form Blazing Sword. However, I think that over the course of the 11-episode season, I will learn to live with it.

So if you grew up loving Voltron, watch this show. If you have kids, share it with them. Together we can all support the Defenders of the Universe.

Pensive short film on one of America's last fire lookouts

Ode to Desolation is Lindsey Hagen’s thoughtful and intimate short documentary on Jim Henterly, an illustrator who mans of one the 60 remaining US fire lookout posts, down from 9,000 at the start of the 20th century.