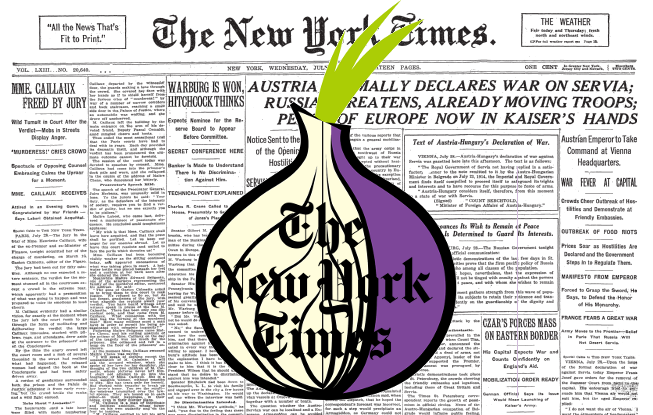 The New York Times is now available as an "Onion Service" on the Tor network, at the address https://www.nytimes3xbfgragh.onion/ -- meaning that anyone with Tor access can securely and privately access the Times without giving away any information about what they're looking at, even to state-level actors who control the ISPs.

Runa Sandvik, formerly of the Tor project and now serving as Director of Information Security for the Times, made the announcement today, and said that this was experimental, and committed the Times to sharing "the lessons that we have learned — and will learn — about scaling and running an Onion Service."

Onion Services are often referred to as "hidden services" or "the dark web" (especially in scare stories about online marketplaces like The Silk Road), but practically speaking, an onion service is one that can be reached without tipping off third parties about your reading habits.

Onion Services exist for other organizations — most notably Facebook and ProPublica, each of which have created custom tooling to support their implementations. Our Onion Service is built using the open-source Enterprise Onion Toolkit (EOTK), which automates much of the configuration and management effort.

The New York Times’ Onion Service is both experimental and under development. This means that certain features, such as logins and comments, are disabled until the next phase of our implementation. We will be fine-tuning site performance, so there may be occasional outages while we make improvements to the service. Our goal is to match the features currently available on the main New York Times website.