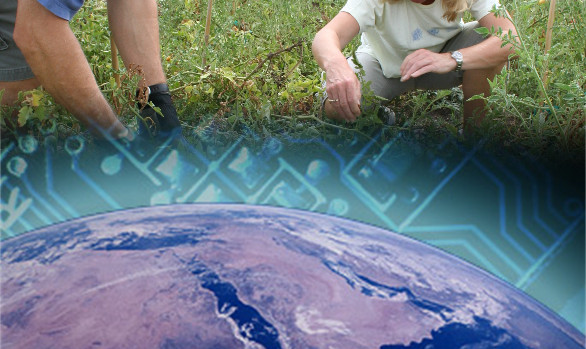 Joi Ito's Resisting Reduction manifesto rejects the idea of reducing the world to a series of computable relationships that will eventually be overtaken by our ability to manipulate them with computers ("the Singularity") and instead to view the world as full of irreducible complexities and "to design systems that participate as responsible, aware and robust elements of even more complex systems."

Ito says that Singularity thinking is at the root of unrestrained pursuit of profit that tramples human flourishing, and he says that we should focus on "vigor and health rather than scale or power" in measuring our systems and deciding which ones to preserve and which ones to change.

A lot of this stuff is abstract and hard to lay hands on, but I feel like he's onto something. I think that one way of slicing this problem is to divide interventions into "things that fail well" and "things that work well." When a system preserves the ability to audit its function, to discuss those audits, and to band together to act on them, it fails well -- a system like the TSA's security practices are riven with secrecy, shot through with gag-orders and confidentiality, and are largely unaccountable to the people who they affect. That makes it hard to describe their problems and hard to fix them.

That doesn't mean that if the system was transparent and accountable that we'd find solutions to the hard problems of air terrorism, but if such a solution could be found, then transparency and accountability would make it much easier to implement.

Another example: free vs proprietary software. Software being free doesn't mean that anyone will ever look at its source-code and try to fix it, but if they do, we can all check their work. Whereas proprietary software (and super-proprietary software, like DRM, whose defects are a felony to disclose) fails very badly: mistakes in the code fester until they have been so widely exploited that they can no longer be denied. Heartbleed proved that being open wasn't a guarantee of being scrutinized and improved, but no one seriously argues that Heartbleed would have been better if it was illegal to look at the sourcecode for Openssl.

Developing a sensibility and a culture of flourishing, and embracing a diverse array of measures of “success” depend less on the accumulation of power and resources and more on diversity and the richness of experience. This is the paradigm shift that we need. This will provide us with a wealth of technological and cultural patterns to draw from to create a highly adaptable society. This diversity also allows the elements of the system to feed each other without the exploitation and extraction ethos created by a monoculture with a single currency. It is likely that this new culture will spread as music, fashion, spirituality or other forms of art.

As a native Japanese, I am heartened by a group of junior high school students I spoke to there recently who, when I challenged them about what they thought we should do about the environment, asked questions about the meaning of happiness and the role of humans in nature. I am likewise heartened to see many of my students at the MIT Media Lab and in the Principles of Awareness class that I co-teach with the Venerable Tenzin Priyadarshi using a variety of metrics (currencies) to measure their success and meaning and grappling directly with the complexity of finding one’s place in our complex world.

I’m also heartened by organizations such as the IEEE, which is initiating design guidelines for the development of artificial intelligence around human wellbeing instead of around economic impact. The work by Peter Seligman, Christopher Filardi, and Margarita Mora from Conservation International is creative and exciting because it approaches conservation by supporting the flourishing of indigenous people—not undermining it. Another heartening example is that of the Shinto priests at Ise Shrine, who have been planting and rebuilding the shrine every twenty years for the last 1300 years in celebration of the renewal and the cyclical quality of nature.

“What if we told you we could back up your mind?” asks start-up Netcome. According to MIT grad and co-founder Robert McIntyre, he has state-of-the-art technology to preserve your brain in a near-perfect state for scanning in the future once that technology is invented. Thing is, they have to start the preservation process while you’re […]