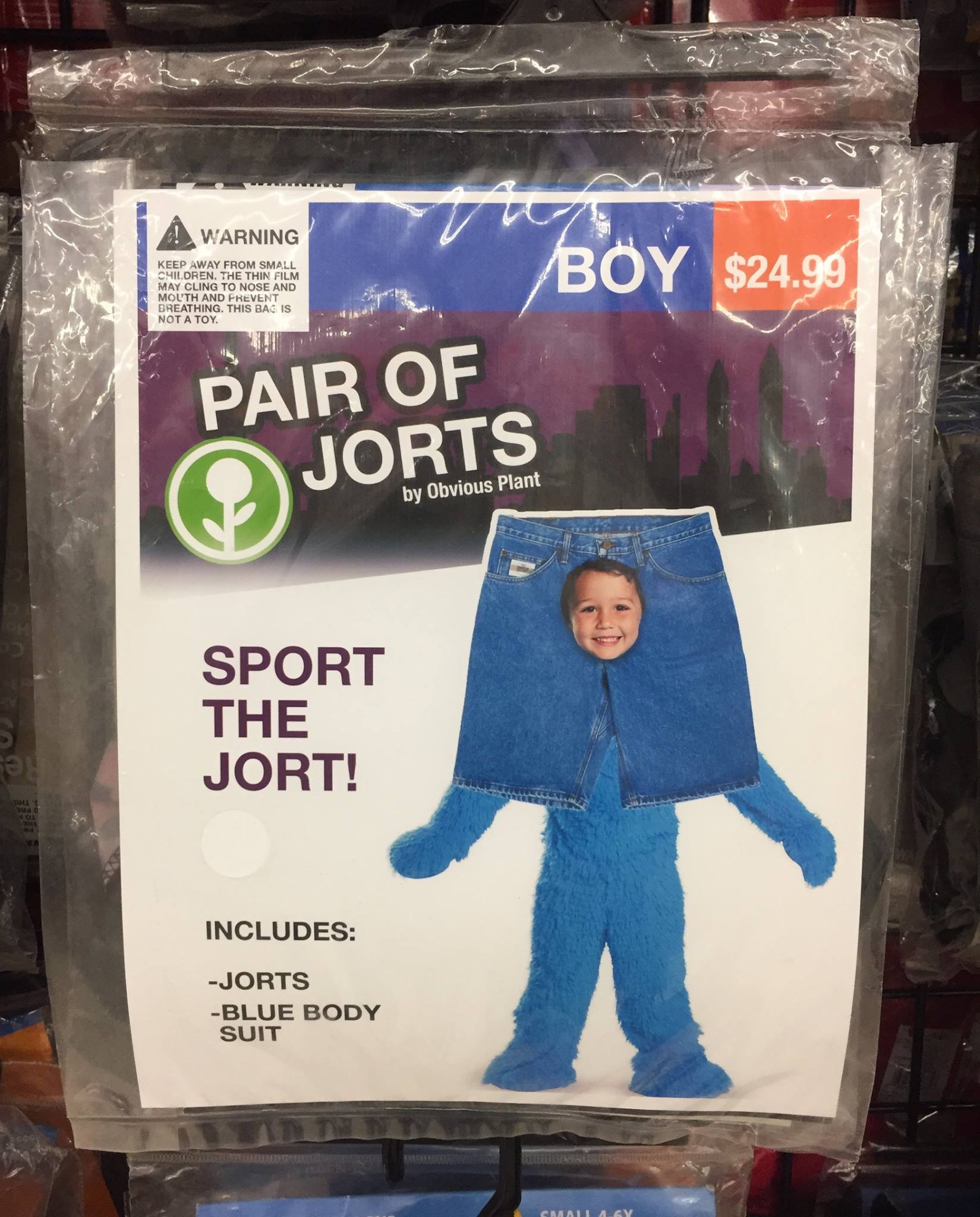 Obvious Plant wins the droplifting game this year with these fake costumes he left on a Halloween store's shelf somewhere.