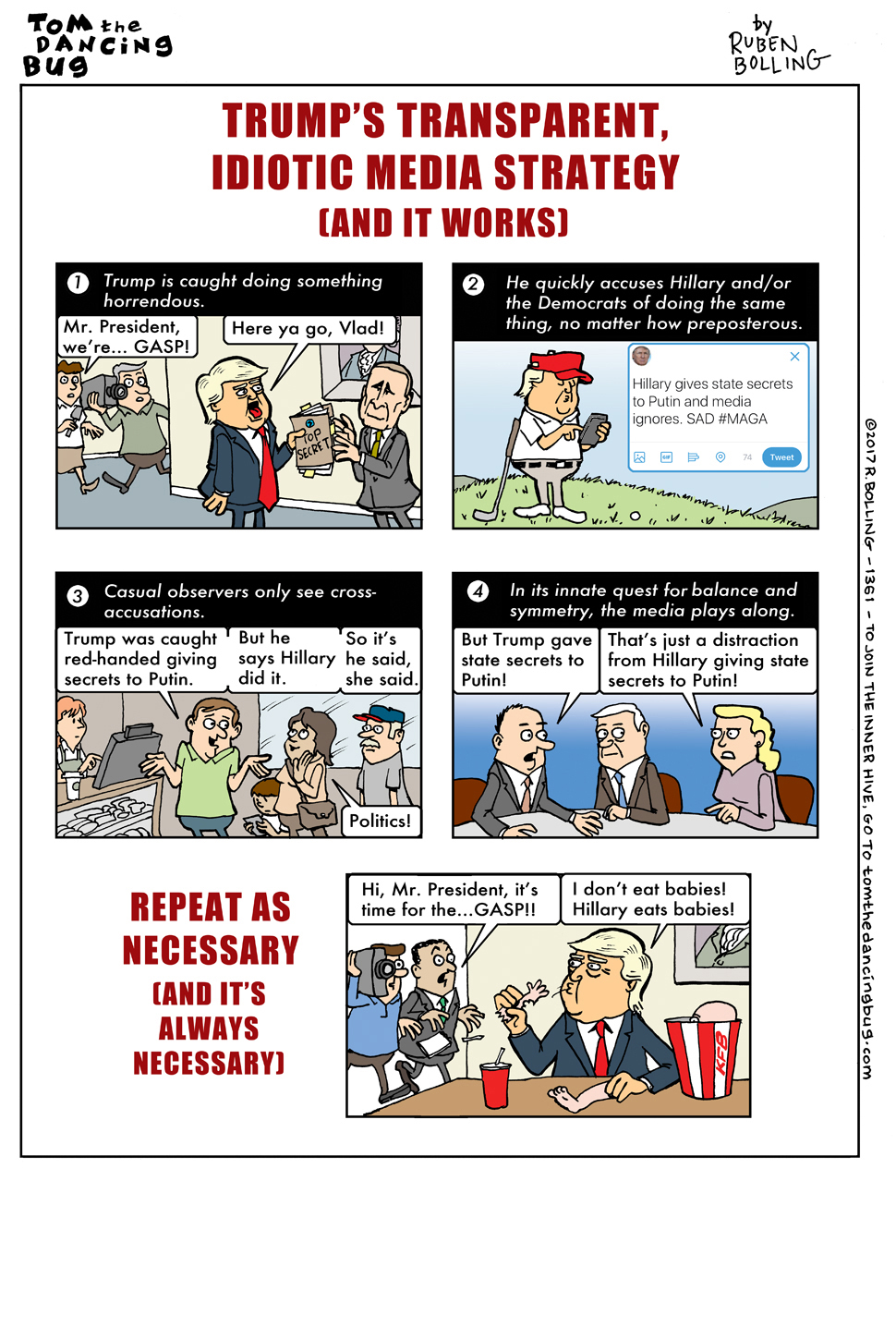 Tom the Dancing Bug, IN WHICH Donald Trump demonstrates his stupidly transparent media strategy that is extremely dumb... and works.

JOIN Tom the Dancing Bug's subscription club, the Proud & Mighty INNER HIVE, for exclusive early access to comics, extra comics, and much more. You can also now join through Patreon!