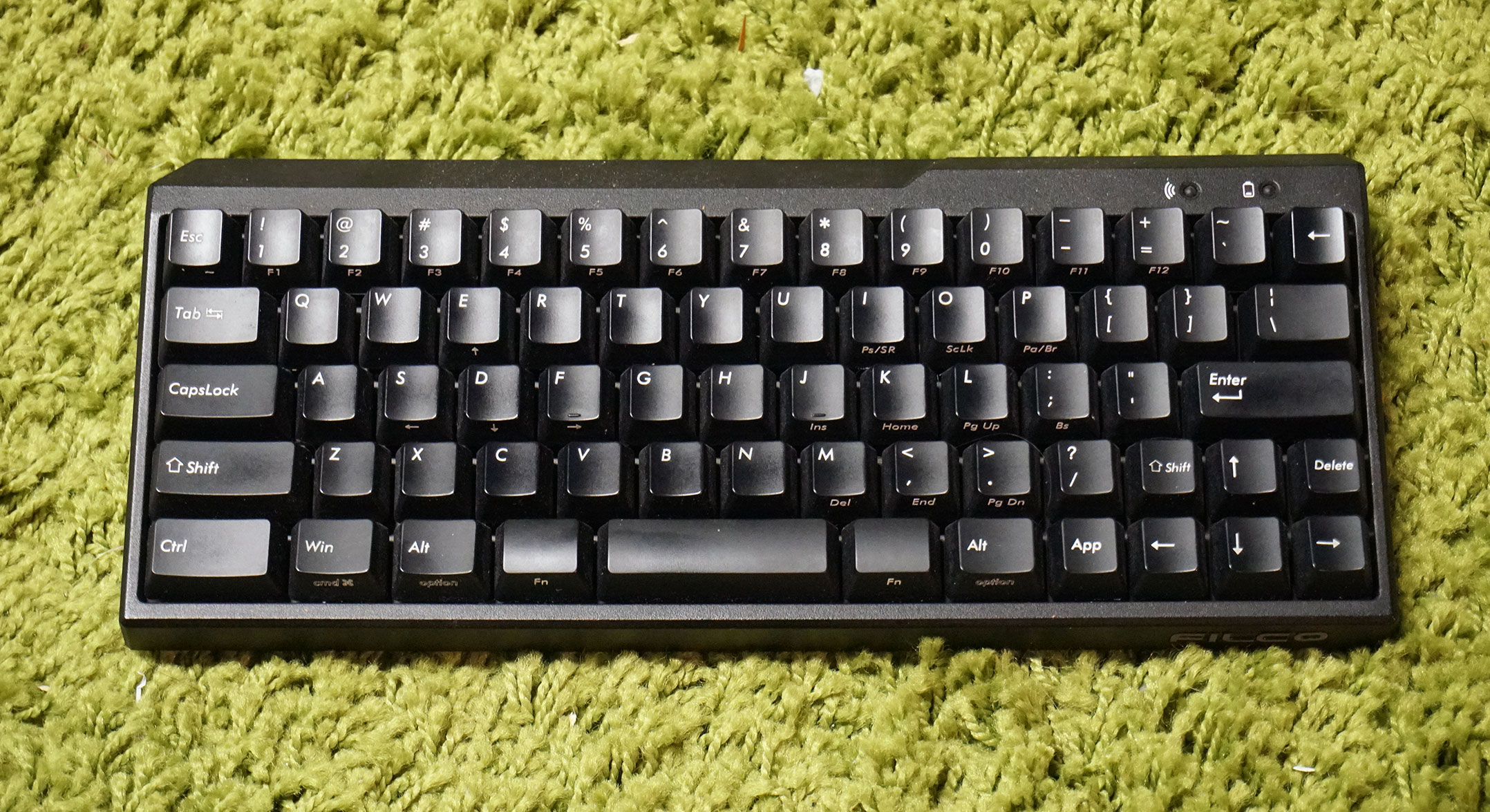 Filco's Minila Air ($130, Amazon) should be my perfect keyboard: mechanical, high-end, sturdily made, with reliable Bluetooth and a cunning compact layout. It's even smaller than tenkeyless, but still comes with a proper set of arrow keys. It does everything I want—and fits in the same bag as an iPad.

My big problem is that it's incredibly thick. Even with the supports flattened, the number row tops out almost two inches from the desk surface! You can always add a rest, but that obviates the keyboard's small dimensions and mobility. My hands are like aching angry spiders, rearing up on the wristbones.

Second, the unique layout has productivity in mind, not my plans to prettify it with fabulous keycaps. I just can't find a set that I like and which will fit. The supplied ones are perfectly decent, though.

Finally, most subjectively, the bulky casing also has some asymmetric greebling at the back. It's subtle, and it has its retro geometric charm, but is not my cup of injection-molded tea.

Were it not for the unexpected bulk of the case, I think I'd be satisfied with the Minila Air thanks to its obvious excellence in most other respects. Reliable wireless is especially rare among mechanical keyboards, for some reason, and models that have it tend to be either unnervingly cheap or annoyingly expensive. I'll be trying the Anne Pro ($90, Amazon) next, but I don't think I can live without my arrows.

Most of the above also applies to the wired version of the Minila ($120, Amazon) as it takes the same form.