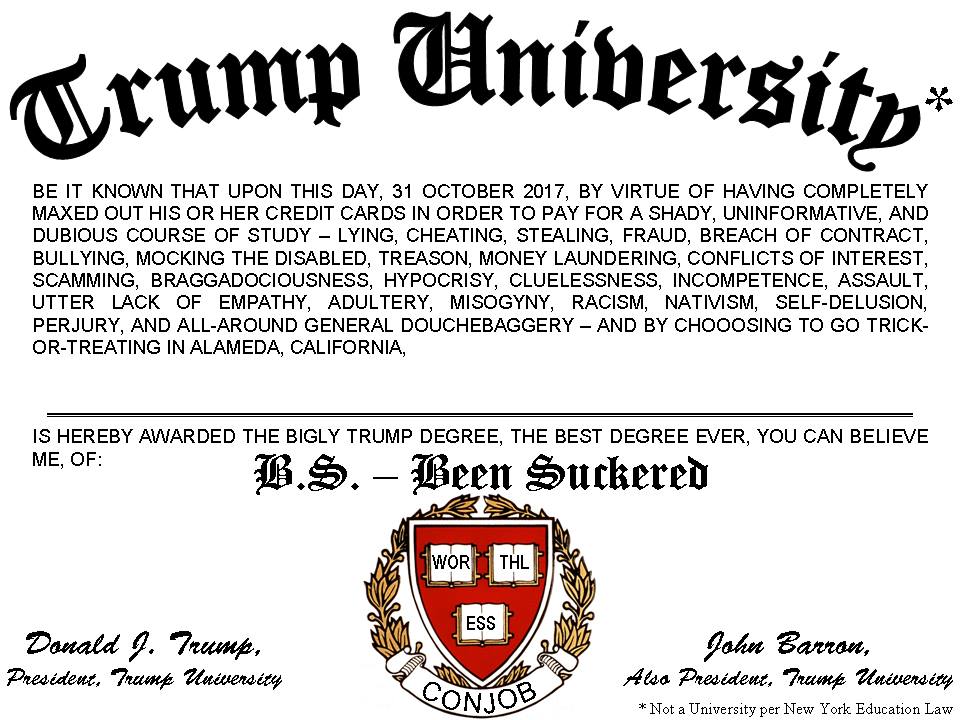 Dan and Cathy Balsam of Alameda, California are putting the "trick" back in trick-or-treating by handing out fake Trump University diplomas this Halloween. You may remember this same couple is behind the "world's scariest Halloween decor."