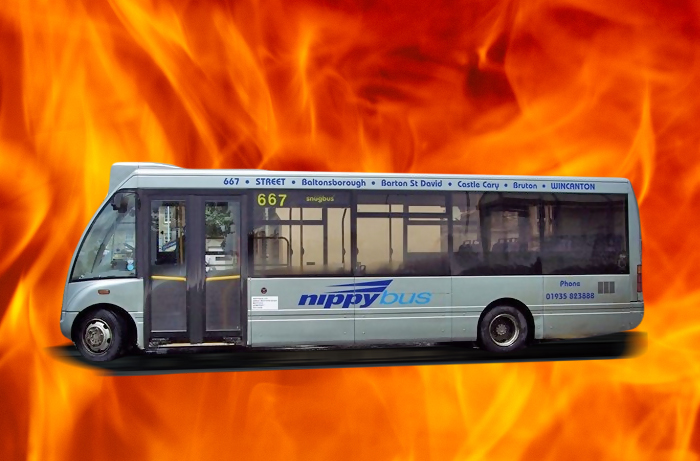 Nippybus bills itself as "one of Somerset’s leading independent bus companies" and operates a schoolbus contract for a local council in Somerset, England, where it struggles to recruit drivers thanks to the low wages it offers.

Yesterday, the owner of Nippybus, Sydney Hardy (57), shuttered the company without warning, firing the entire staff and stranding the children he had contracted to transport. He sent the employees an email that said "I have had enough and realise I cannot work with you, the people I employ, a moment longer. There comes a time in any relationship when you just have to say ‘Fuck it’, say goodbye and move on. This is my time! I am quitting to pursue my dream of not having to work here. The gates are now closed and will not open so you can stay in your scratchers and have a lie in."

Drivers have raced to cancel their bill-payments and suspend their mortgage payments, and the council -- which just went through a funding cut as part of the national government's decade-long austerity programme -- had to hire emergency replacement buses.

The UK Conservative government is committed to replacing all government services with public-private partnerships, which are said to be more efficient than services operated by local governments with unionised employees.

English claimed the company was struggling because it had been losing drivers. “Everyone was doing long shifts, but he [Hardy] just expected us to do them. The memo makes out that it’s the drivers’ fault this has happened, but without us he would never have had his company. Some of these drivers have children and mortgages.”

Before it ceased operating, Nippybus claimed it was “one of Somerset’s leading independent bus companies”.

Speaking from his home in Yeovil on Tuesday, Hardy said: “I have no further comment to make.’’