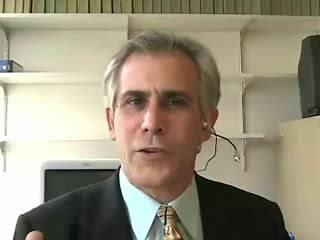 What a huge bummer. David Corn is the guy who broke the 'Steele Dossier' story, and did a great job of it.

Politico reports that Mother Jones today said that very same Washington bureau chief David Corn has for some time been under internal investigation for "inappropriate workplace behavior three years ago, warning him about touching female staffers and insensitive descriptions of sexual violence, and would now probe the allegations further in light of two emails written by former staffers in 2014 and 2015 and obtained by POLITICO."

Wow. So many of these stories coming out right now.

Mr. Corn is considered Mother Jones' most high-profile byline, and makes regular appearances on MSNBC. He is represented by a speaker's bureau.

One of the emails, written in 2015 by a former staffer outlining concerns she had heard from other women in the Washington office, said Corn, now 58, made "rape jokes," "regularly gave [several women] unwelcome shoulder rubs and engaged in uninvited touching of their legs, arms, backs, and waists," and "made inappropriate comments about women's sexuality and anatomy." The other email, from 2014, was by a former female staffer who claimed that Corn "came up behind me and put his hands and arms around my body in a way that felt sexual and domineering."

CEO Monika Bauerlein and editor-in-chief Clara Jeffery said they had not seen these emails, which were shared several years ago between colleagues and union representatives. But the magazine's leaders acknowledged dealing with allegations of inappropriate touching and comments around the time the emails were written, and said they believe Corn has stopped those behaviors.

Corn, in a statement to POLITICO, said that neither his comments nor his touching of colleagues was in any way sexual.

"I am an exuberant person and have been known to pat male and female colleagues on the shoulder or slap them on the back, but always in a collegial or celebratory way," he said. "I have never touched any work colleague in a sexual manner. Once concerns were raised about this type of contact, I have been mindful to avoid it to prevent any misperception. If anyone ever perceived any of this as 'sexual' or 'domineering,' I am sorry—that was never my intent."

That clears it right up.

Below, Corn's byline on Mother Jones.