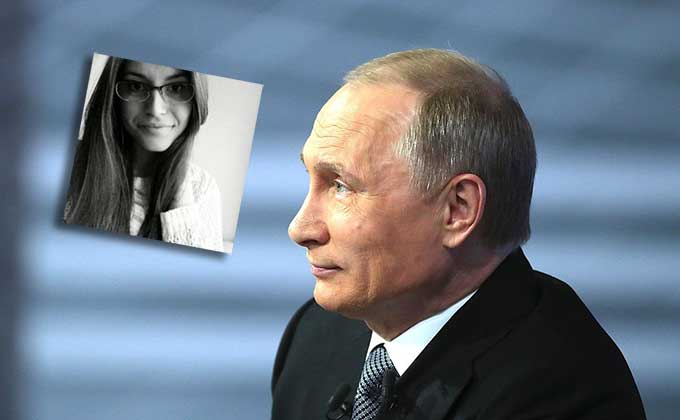 Alt-right blogger Jenna Abrams (@Jenn_Abrams) enjoyed a large following in Twitter, and her tweets were cited by Buzzfeed, the NY Times, and other news agencies. It turned out "she" was another creation of the Internet Research Agency, the Russian government-funded troll farm in St. Petersburg.

Remnants from some of Abrams' most elaborate conspiracies and xenophobic opinions still remain in replies from celebrities sparring with—or agreeing with—her account.

Roseanne Barr responded to one of Abrams' tweets on Feb. 2, 2016, to call a common enemy "pro-pedophile." Abrams' tweet earlier in the day about a Saudi Arabian Starbucks went viral, meriting pickup from The Telegraph and Russia Today, and even a response from Starbucks' corporate Twitter account.

Even Michael McFaul, the former U.S. ambassador to Russia and an expert in Russian propaganda, got into a number of Twitter spats with Abrams. McFaul responded to Abrams' posts in 10 separate months between February of 2015 and August of 2016.

Before they knew the account was run by paid disinformation agents, Abrams' ahistorical slavery revisionism irked journalists and historians alike.

Al Letson, the host of the Center for Investigative Reporting's Reveal podcast, received over 65,000 retweets and 153,000 likes when he refuted Abrams' incorrect Civil War claim.

On his batshit Twitter account, impeached and manifestly bonkers U.S. President Donald Trump is calling for all cases that came out of Special Counsel Robert Mueller's investigation into Russian interference in the 2016 election to be "thrown out." Trump implied that he could bring a lawsuit over the matter.

A London Times investigation revealed that Russia employed a large army of Twitter accounts to "sow discord" before the Brexit vote. And it appears to have been quite successful, as newspapers like The Sun and Mail Online published tweets from the bogus accounts. Russian Twitter accounts posted more than 45,000 messages about Brexit in 48 […]